On 2 February, a TUI fly Belgium Embraer ERJ-190 (OO-TEA) was ready for flight TB1261 between Antwerp Airport and Murcia, Spain. During taxiing, however, the aircraft got stuck with its nose wheel in the grass.

Due to bad visibility (heavy rain), the aircraft mistakenly entered a cul-de-sac (old helicopter platform). The aircraft then made a U-turn but got stuck in the mud.

95 passengers safely disembarked the aircraft and were transferred to Brussels Airport where they continued their journey to Murcia.

The aircraft was towed and checked. 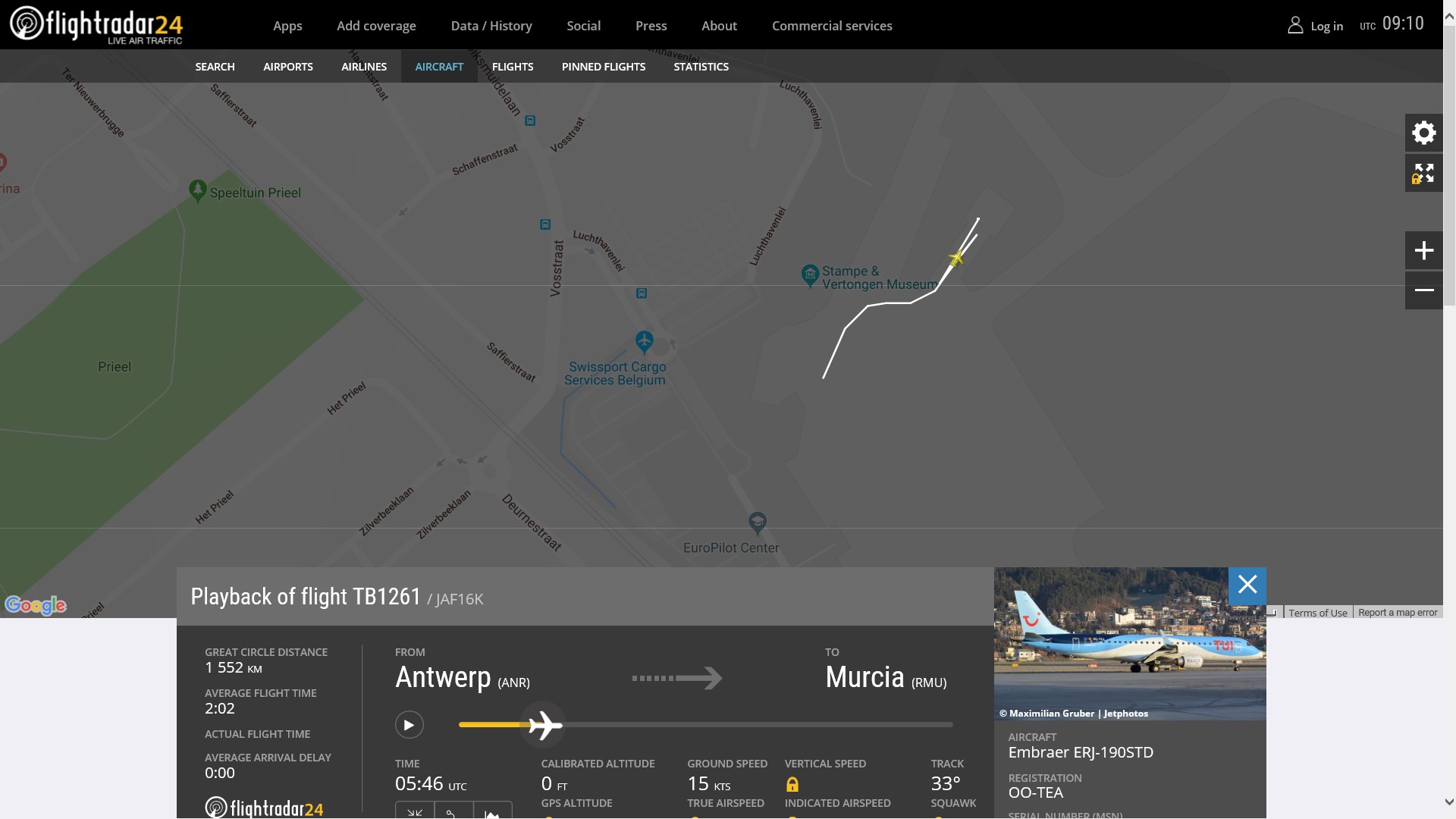 TUI fly Belgium expands its offering in the Balkans with two new destinations in Summer 2020: Ohrid and Pula

TUI and Brussels Airlines announce cooperation as of Christmas holidays 2019