The demand for long-haul destinations means that Sunclass Airlines is now phasing in another long-haul aircraft in the fleet: a brand new A330-900neo. Based at Arlanda, this may mean the need to recruit pilots and cabin crew.

Demand for longer trips is now increasing as restrictions are lifted in more and more countries. Ving’s winter programme for next year (2022/2023) again includes Mexico, Jamaica, Aruba and Vietnam.

This in turn demands increased flight capacity and Sunclass Airlines is therefore expanding its aircraft fleet with a completely new A330-900neo. Airbus usually has several years of lead times when ordering new aircraft, but in the wake of the pandemic where many airlines cancelled orders, Sunclass Airlines has been given the opportunity to quickly get a new aircraft into the fleet. The new A330 is currently being built in Toulouse and is scheduled to be delivered in November next year, with traffic starting in the first days of December. Sunclass is financing the new aircraft through a twelve-year leasing agreement with Air Lease Corporation.

The twelve-year agreement means that the aircraft will switch between long-haul routes during the winters and medium distances to the Mediterranean during the summers. In the summer version, the cabin is configured with 385 seats and a pitch of 30 inches. When long-distance traffic then starts, a premium cabin with a 34-inch pitch and a cabin with 84 premium and 289 economy seats will be set up.

The new aircraft will be based at Arlanda and primarily deployed at destinations to the west: Dominican Republic, Mexico, Vietnam, Jamaica and Aruba. Exceptionally, it will also fly to Thailand, but that destination is for the most part reserved for the existing A330s in the fleet.

As the aircraft is based at Arlanda, recruitment of both pilots and cabin crew is most likely also required. 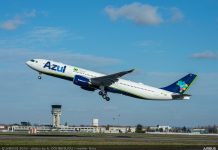 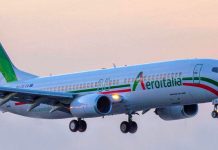 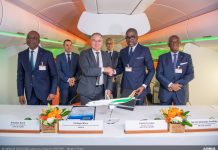