On 1 July, a SpiceJet Boeing 737-800 (VT-SYK) operated domestic flight SG6237 from Jaipur to Mumbai, India. The aircraft, however, ran off the runway upon arrival at Mumbai airport during heavy rainfall. All passengers safely evacuated the aircraft. A first assessment indicate that the nose gear might have been collapsed after the impact.

The aircraft – formerly operating for Jet Airways – blocked Mumbai airport’s main runway, hence many aircraft were forced to enter the holding or to divert to nearby airports.

Indian Monsoon has a serious impact on Indian commercial aviation, this is the third runway excursion in the country in less than 48 hours:

Spicejet flight SG 6237 on its way from Jaipur to Mumbai skids on the runway late Monday evening. All passengers safe, no injuries reported.
Main runway shut, secondary in use.#Mumbai#MumbaiRainsLive pic.twitter.com/i6o6OSFeEU

Now there is ample evidence that Spicejet B737-800 (VT-SYK) in fact lost its nose gear in the overrun. Removal works are still ongoing and may last for another day.https://t.co/UjWbW2jQpu pic.twitter.com/pquINPkItc 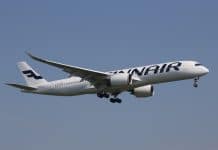 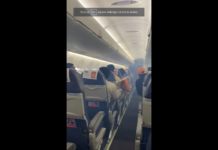