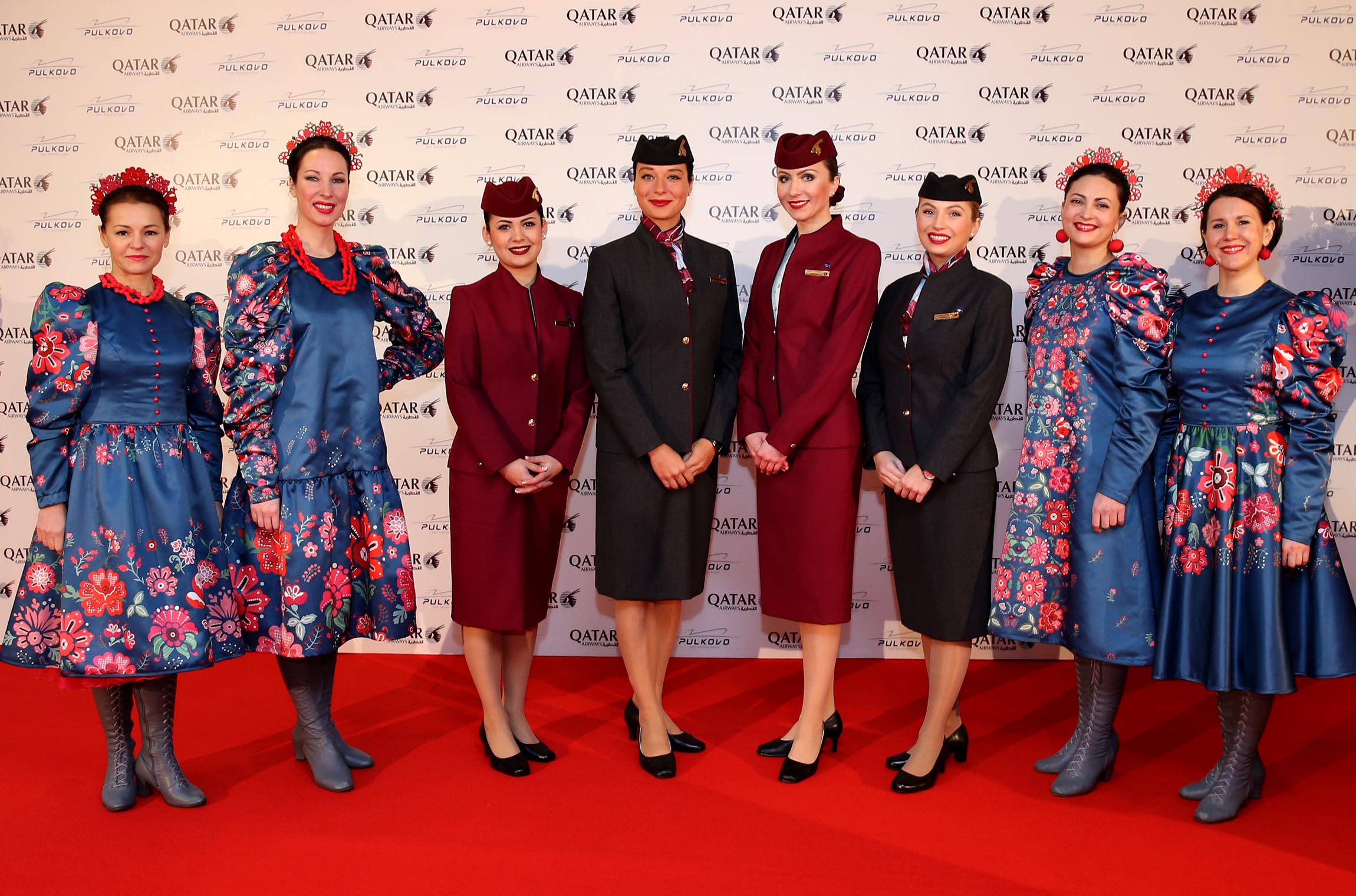 On board the inaugural Qatar Airways flight to St. Petersburg, Qatar Airways Group Chief Executive, His Excellency Mr. Akbar Al Baker, was joined by His Excellency Mr. Nurmakhmad Kholov, The Russian Federation’s Ambassador to the State of Qatar. The VIP delegation was greeted upon arrival by Mr. Vladimir Yakushev, Pulkovo Airport Chief Executive Officer; His Excellency Mr. Fahad bin Mohammed Al-Attiyah, Qatar’s Ambassador to the Russian Federation and Mr. Alexander Golovin, Chairman of the Committee on Transport, Member of the Government of St. Petersburg.

“I am delighted to touch down today on board our first commercial flight to St. Petersburg. Following the great success of our Moscow route, we are extremely happy to extend our reach into Russia. By launching this new route, we are committing to further supporting the Russian market, and providing inbound and outbound passengers a seamless journey through the skies.”

St. Petersburg, Russia’s second largest city after Moscow, is considered an important Russian port on the Baltic Sea. The culturally diverse city is filled with historical architectural gems, including the Winter Palace and the Kazan Cathedral.

Pulkovo Airport Chief Executive Officer, Mr. Vladimir Yakushev, said: “The launch of Qatar Airways service from Doha to Pulkovo St. Petersburg Airport represents new extraordinary possibilities for the city’s business and leisure travel market. With the exquisite product offered by the airline, St. Petersburg will receive a boost of both inbound and outbound tourism once connected to Qatar Airways’ worldwide route network via one of the most vibrant global air hubs, Hamad International Airport, in Doha.”

To celebrate the airline’s inaugural flight to St. Petersburg, Qatar Airways operated its Boeing B787 Dreamliner, offering on board passengers a flight experience like no other.

In future, Qatar Airways will operate its daily St. Petersburg service with an Airbus A320 aircraft, which features 12 flatbed seats in Business Class and 120 seats in Economy Class. Passengers will be able to enjoy the airline’s superior entertainment system offering passengers a wide variety of entertainment options.

With more than 10 tonnes of belly hold cargo capacity per week to and from St. Petersburg on board the A320 aircraft, which serves this new route, Qatar Airways Cargo is delighted to be further expanding its import and export services in Russia. The launch of service to St. Petersburg has increased the overall belly hold cargo capacity to and from Russia, with more than 40 tonnes being transported each way per week. 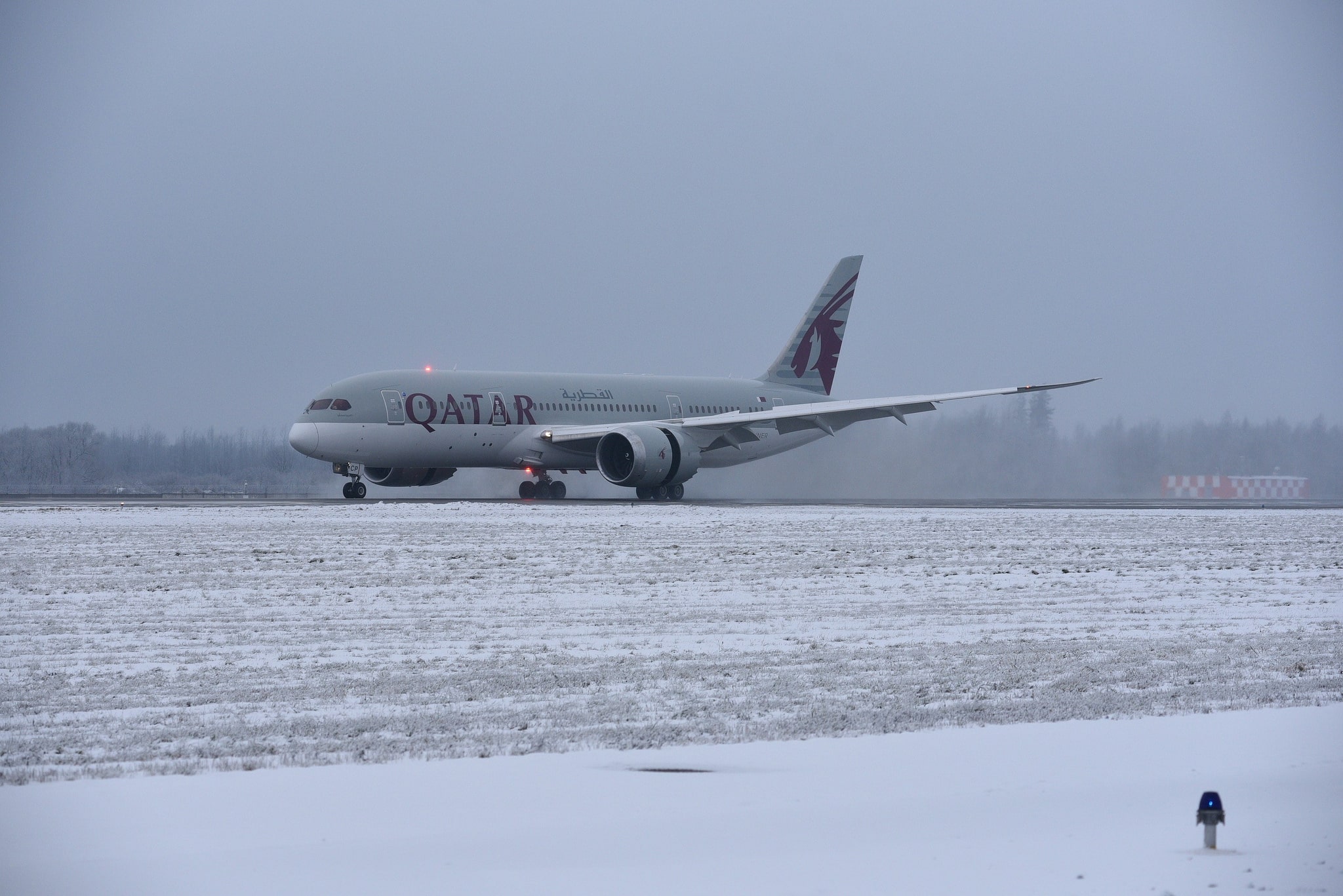 Qatar Airways has added many new exciting destinations to its network in 2017, including Auckland, New Zealand; Dublin, Republic of Ireland; Nice, France and Prague, Czech Republic, to name a few.

The national carrier of the State of Qatar, Qatar Airways, is one of the fastest-growing airlines operating one of the youngest fleets in the world. Now in its 20th year of operations, Qatar Airways has a modern fleet of more than 200 aircraft flying to business and leisure destinations across six continents.

The award-winning airline has received a number of accolades this year, including ‘Airline of the Year’ by the prestigious 2017 Skytrax World Airline Awards, which was held at the Paris Air Show. This is the fourth time that Qatar Airways has been given this global recognition as the world’s best airline. In addition to being voted Best Airline by travellers from around the world, Qatar’s national carrier also won a raft of other major awards at the ceremony, including ‘Best Airline in the Middle East,’ ‘World’s Best Business Class’ and ‘World’s Best First Class Airline Lounge.’