Boeing and Qatar Airways have finalized an order for four 777 Freighters, valued at $1.24 billion at current list prices. The airline also has purchase rights for four additional airplanes, which when exercised will bring the combined value to $2.46 billion.

Qatar Airways first announced an intent to order the four 777 Freighters at the 2014 Farnborough Airshow.

“As Qatar Airways develops its cargo route network, we are pleased they have selected the 777 Freighter to be part of this expansion,” said Boeing Commercial Airplanes president and CEO Ray Conner. “We greatly value the long-term partnership Qatar Airways and Boeing have shared over nearly a decade.”

“We aim to make Qatar Airways one of the world’s major air cargo players,” said His Excellency Akbar Al Baker, CEO, Qatar Airways. “With its proven track record, long-range capabilities and excellent operational efficiencies, the 777 Freighter will be a key player in enabling Qatar Airways to grow its footprint and economically deliver cargo further, connecting many long-haul destinations from our hub in Doha, especially with the expansion of Doha’s new freight terminal.”

Global air freight traffic is forecast to grow at an annual rate of 4.7 percent, doubling the cargo traffic over the next 20 years, according to the Boeing World Air Cargo Forecast released in October. 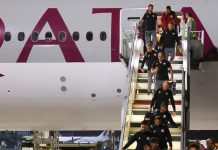 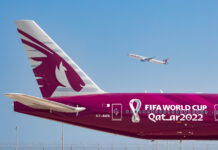