Qatar Airways is pleased to announce its participation in the inaugural Kuwait Aviation Show 2018, where it will display the Boeing 777 fitted with its award-winning, revolutionary new Business Class seat, Qsuite. The show, which will take place from 17-20 January 2018 at Kuwait International Airport, will also showcase Qatar Airways’ extra-wide body Airbus A350-900.
The event, the first of its kind to be held in Kuwait, is set to draw thousands of industry representatives and international media. Qatar Airways’ participation kicks off 2018 with a bang, after capping a success-filled year of 11 new route launches and more than 50 award wins, as well as host of exciting new destinations planned for the upcoming year, including Pattaya, Thailand; Penang, Malaysia and Canberra, Australia, to name just a few.

Qatar Airways Group Chief Executive, His Excellency Mr. Akbar Al Baker, said: “Qatar Airways is delighted to take part in the first Kuwait Aviation Show, which will attract some of the major aviation manufacturers from around the globe. I am sure that Qsuite, our new First in Business Class product, and state-of-the-art Airbus A350-900 will be key attractions throughout the week for the industry, trade, media and aviation enthusiasts alike, demonstrating once again Qatar Airways’ relentless pursuit of innovation and commitment to ensuring the highest-quality experience for our passengers.

“As one of the world’s fastest growing global airlines, operating 63 flights a week to Kuwait’s International Airport and connecting to more than 150 destinations, Qatar Airways is well-positioned to offer its award-winning services to everyone attending the air show.”

Qsuite offers the industry’s first-ever double bed in Business Class, as well as sliding privacy doors that enable passengers to create their own private cabin. Launched at ITB Berlin in March 2017 to outstanding global acclaim, Qsuite has revolutionised premium travel by bringing a First Class experience to the Business Class cabin. The patented features within Qsuite provide the ultimate customisable travel experience for Qatar Airways’ Business Class passengers, enabling them to create an environment specific to their own needs, bringing an additional level of privacy, style and luxury to Business Class travel.

The first aircraft fully-fitted with Qsuite was launched on the airline’s Doha-London route last summer, soon followed by Paris and New York, with service to Washington, D.C. launched earlier this month.

The state-of-the-art Airbus A350-900 aircraft, also on display at the show, features a total of 283 seats, with 36 Business Class seats and 247 in Economy Class. Thanks to the extra-wide cabin design, passengers on board are offered unparalleled comfort in both cabins, with Business Class fully flat beds and spacious seats in Economy Class

Known for introducing industry firsts, Qatar Airways is the national carrier of the State of Qatar, and is one of the fastest-growing airlines operating one of the youngest fleets in the world. Qatar Airways has a modern fleet of more than 200 aircraft flying to key business and leisure destinations across six continents.

Qatar Airways currently holds the title of ‘Airline of The Year’ as awarded by the prestigious 2017 Skytrax World Airline Awards. In addition to being voted Best Airline by travellers from around the world, Qatar’s national carrier also won a raft of other major awards at the ceremony, including ‘Best Airline in the Middle East,’ ‘World’s Best Business Class’ and ‘World’s Best First Class Airline Lounge.’ 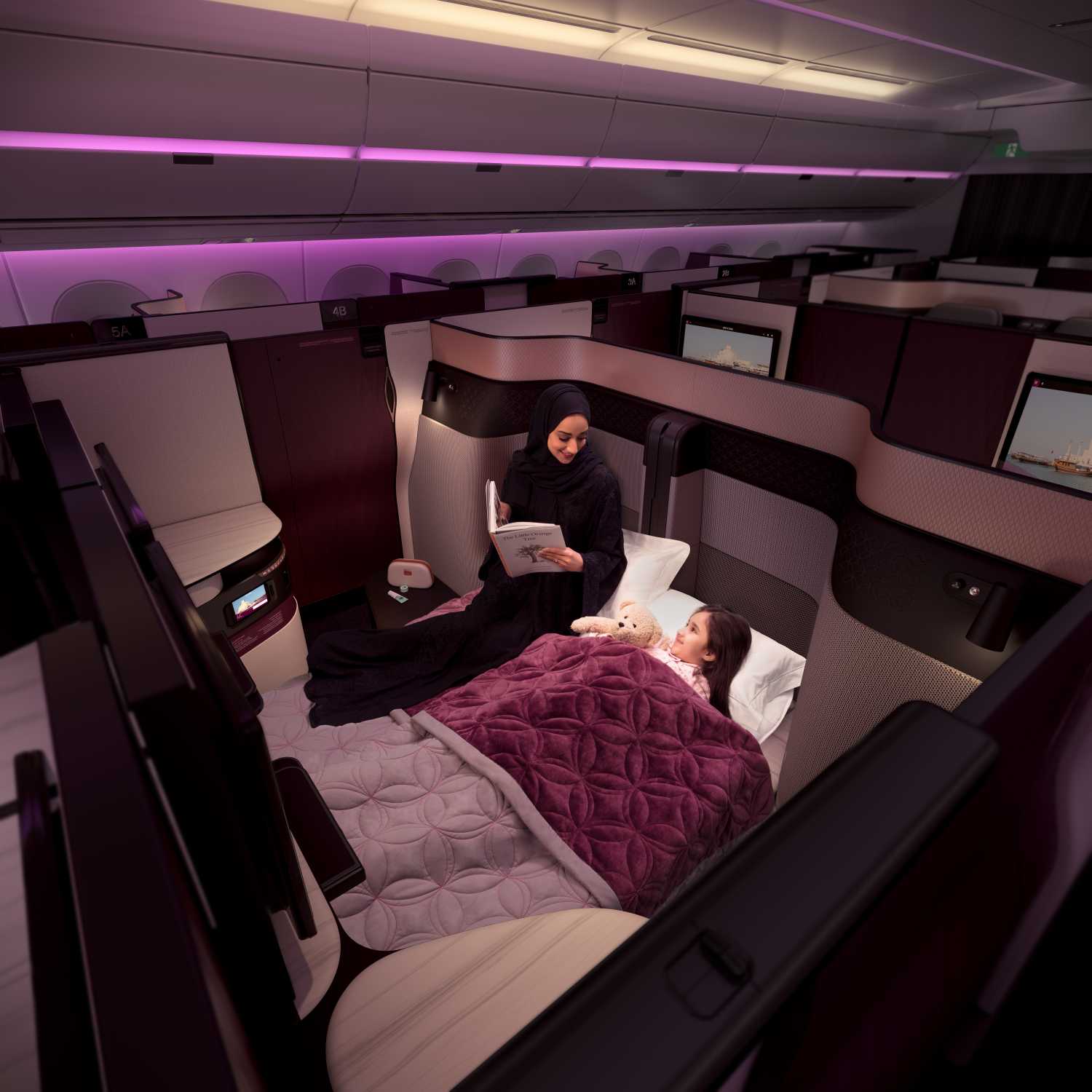