From 9 May and 19 June Qatar Airways will connect Yanbu and Tabuk respectively to more than 150 destinations worldwide through its home and hub, Hamad International Airport

DOHA, Qatar – Qatar Airways today confirmed the start of its new services to Yanbu and Tabuk in the Kingdom of Saudi Arabia with three-weekly flights beginning 9 May for Yanbu and 19 June for Tabuk, with flights now on sale at qatarairways.com. The additional destinations take Qatar Airways’ total network connectivity within the Kingdom to 10 destinations, connecting travellers from Saudi Arabia to more than 150 worldwide destinations through the five-star rated Hamad International Airport in Doha.

Qatar Airways Group Chief Executive, His Excellency Mr. Akbar Al Baker said: “We have been steadily growing our presence and services to Saudi Arabia for the past 20 years; both Yanbu and Tabuk as our ninth and tenth new destinations in the Kingdom will bring additional flight options for passengers connecting from Asia, the Middle East, Europe and the Americas. Passengers from Yanbu and Tabuk will now be able to travel seamlessly through our state-of-the-art Doha hub, Hamad International Airport, to popular cities in our expanding network such as Auckland, Boston and Skopje. The launch of the new destinations also provides passengers travelling to Saudi Arabia from international markets the convenience of additional gateways within the Kingdom of Saudi Arabia.” 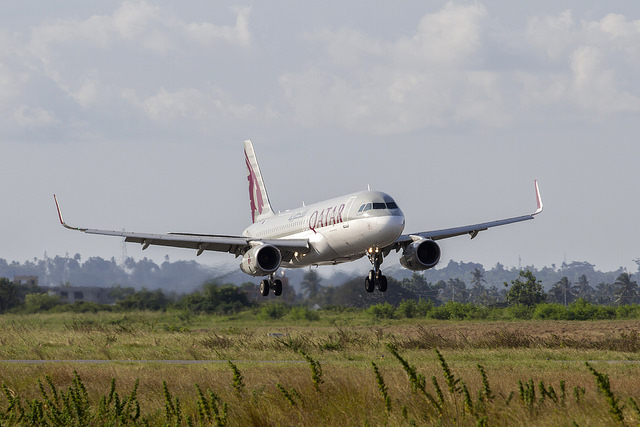 The airline will fly the A320 aircraft direct to and from Yanbu and Tabuk on a three-weekly schedule, featuring a two-class cabin configuration with 12 seats in First Class and 132 Economy Class seats.

Qatar Airways began operations to Saudi Arabia in 1997 with non-stop flights to Jeddah. The airline has added Riyadh, Dammam, Madinah, Gassim, Ta’if, Al Hofuf and Abha to its portfolio of destinations, all non-stop to and from Doha, with connections to Qatar Airways’ destinations worldwide.

Passengers flying from Saudi Arabia and onwards to any of the more than 150 destinations that Qatar Airways operates will enjoy a quick and convenient transfer at Hamad International Airport, featuring more than 100 retail and dining options and unique services such as the airport hotel with swimming pool and spa.

Qatar Airways, the national carrier of the State of Qatar, is one of the fastest growing airlines operating one of the youngest fleets in the world. Now in its 20th year of operations, Qatar Airways has a modern fleet of 193 aircraft flying to key business and leisure destinations across six continents.

New at BRUcargo : Virgin Atlantic from New York as of 1 June and Brussels Airlines from China as of 30 May

[Analysis] easyJet’s cost-cutting may be misguided as international arrivals expected to return to 2019 levels by 2021, says GlobalData

Ryanair threatens to dismiss 25% of its Belgium-based pilots