Boston, USA – Yesterday afternoon, Qatar Airways commenced daily, non-stop service between Logan International Airport in Boston and Hamad International Airport in Doha. The historic first A350 arrival touched down at Logan this afternoon, marking the beginning of a much-anticipated partnership between the city of Boston and the ‘2015 Airline of the Year’ by Skytrax.

Qatar Airways Group Chief Executive, His Excellency Mr. Akbar Al Baker said: “We are pleased to be expanding services on the East Coast of the United States and providing our passengers with a direct link between Doha and the city of Boston. Boston makes a great new addition to our network, and we are pleased to add this historic community to our expanding route map of more than150 destinations around the world.
“The Airbus A350 is our latest product in the fleet, and we are glad to provide our passengers with the latest next-generation aircraft when travelling long-haul with Qatar Airways.”
Qatar Airways was the global launch customer of the A350, taking delivery of the first aircraft in December 2014 and starting commercial operations in January 2015. The airline was the first to bring the A350 to America in December 2015 and currently operates the aircraft on its Philadelphia – Doha route. Among numerous technological
advancements, the aircraft features a revolutionary system for the reduction of jet lag. By using a high precision air management system to reduce cabin pressure and optimize humidity, and managing passenger melatonin levels via a dynamic LED lighting system, the A350 combats the effects of international travel and leaves passengers more refreshed upon arrival. “We are always looking for new ways to raise the standards of global aviation in the sky,” continued H.E. Mr. Al Baker. “But we are also committed to investing in the communities we serve, on the ground. This new route will act as a bridge for trade, commerce and cultural exchangewith the city of Boston.”

Qatar Airways will celebrate this historic partnership next month by hosting a landmark press conference, followed by a gala dinner showcasing the airline’s world-renowned hospitality.

“We are pleased Qatar Airways, recognized by Skytrax as 2015’s Airline of the Year, is coming to Boston. This is yet another affirmation of the importance of the regional economy to the global economy,’’ said Ed Freni, Massport’s Director of Aviation. “People from around the world come here for education, for health care, for business and for fun and we are proud that Logan Airport is New England’s gateway to the world.’’

Boston is Qatar Airways’ ninth destination in the United States, as the airline continues to expand service to the region. On 1 January 2016, the airline launched its first route to the West Coast, commencing daily, non-stop service to Los Angeles. The airline will also add a second daily, non-stop flight to New York-JFK on 1 April and will commence service to Atlanta on 1 June 2016. 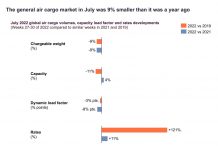 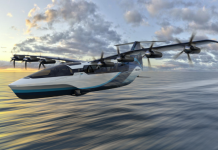 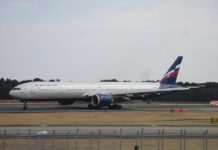