Qantas and Jetstar will grow their international network out of Sydney, with new direct routes to India and Korea taking off this year, accelerating New South Wales’ post-COVID tourism recovery.

Qantas will operate four weekly return flights from Sydney to Bengaluru (formerly known as Bangalore) from 14 September, using its widebody Airbus A330 aircraft.

These will be the first non-stop flights between Australia and southern India by any airline and will cut almost three hours off the current fastest travel time from Sydney to Bengaluru, a growing technology and financial services hub.

With a population of 13 million people, the Bengaluru community has strong connections to Australia for both business travel and people visiting friends and relatives. These trade connections are expected to strengthen following the recent announcement of the Australia-India free trade agreement.

Qantas will continue to operate up to five flights a week between Melbourne and Delhi, making it the only airline offering direct flights between Australia and both northern and southern India.

Qantas intends to enter into a codeshare agreement with IndiGo, India’s largest domestic carrier, which will give customers improved one-stop access to more than 50 Indian cities.

The proposed agreement will mean Qantas passengers can transit seamlessly from Qantas flights in Bengaluru, Delhi, or Singapore onto IndiGo services to other major Indian cities as well as smaller ones such as Pune and Goa.

Under the planned agreement, Qantas Frequent Flyers will be able to earn and redeem points on connecting IndiGo flights (QF code only) and IndiGo will recognise Qantas Frequent Flyer benefits for tiered members (Silver, Gold, Platinum and Platinum One) including priority check-in, additional baggage allowance and priority baggage.

Qantas customers travelling on IndiGo will enjoy the same baggage allowance for the entire journey as well as complimentary food and drinks.

The partnership will extend to Jetstar customers who will be able to book connecting flights on IndiGo services through its Jetstar Connect platform on jetstar.com from late April.

Jetstar will become the only low-cost carrier to fly direct to South Korea from Sydney, with Boeing 787-8 Dreamliner flights operating from 2 November 2022 three times per week.

Qantas will begin direct flights between Sydney and Seoul from 10 December 2022 with its A330 aircraft, marking the first Qantas scheduled service to Seoul since January 2008.

The launch of these new direct services recognises the increasing popularity of South Korea as a must-see destination for Australians, with its rich cultural history, vibrant nightlife, and incredible food. In return, South Korean travellers – who pre-COVID travelled more frequently than any other nation in the Asia Pacific – consistently rank Australia as the top destination they want to visit.

Since Australia’s borders re-opened last November, led by New South Wales, the Qantas Group has carried almost 500,000 passengers on its international services across 27 international routes, with another six routes restarting next week.

Group international capacity is expected to reach more than 40 per cent of pre-COVID capacity in April.

Qantas has now added six new overseas routes in the past six months, including Perth-Rome and Melbourne-Delhi, Melbourne-Dallas Fort-Worth and Darwin-Dili as it taps into new markets.

All three new routes announced today are being supported by the NSW Aviation Attraction Fund, which is co-funded by the State Government and Sydney Airport. Kempegowda International Airport has also supported Qantas’ Sydney-Bengaluru flights.

“Sydney is one of the world’s truly global cities and these new direct flights to India and Korea will make it easier for millions of people to come here.

“It’s clear that Australia is back on the map for international travellers. Demand for our international flights has rebounded since borders reopened, and that’s giving us the confidence to launch these new routes together with the marketing support from Destination New South Wales.

“The signing of the Australia-India free trade agreement is a driver of travel demand as trade and investment links expand between Australia and India’s population of more than one billion people.

“Our new direct flights to Bengaluru, combined with the planned codeshare with IndiGo, have the potential to reshape the way many people travel between Australia and India.

“South Korea is Australia’s fourth-largest trading partner and Koreans see Sydney as one of the top tourism destinations. With expected strong business, premium leisure and low-cost travel demand on the route, we see an opportunity for both Qantas and Jetstar to fly on the route.”

To celebrate the Sydney-Seoul new route, Jetstar is offering customers sale fares from $398 return starting today until 4pm on 14 April.

Qantas fares on Sydney-Seoul are on sale from $1224 return and Sydney-Bengaluru flights go on sale today starting from $1349 return.

To reward Frequent Flyer members, Qantas will offer the first three return services between Sydney and Bengaluru, and Sydney and Seoul, as Points Planes meaning frequent flyers can use Qantas Points to book any seat as a Classic Reward Seat until the end of April 2022. Seats on these flights can also be purchased with cash.

Classic Flight Reward seats between Sydney and Bengaluru start from 37,600 points one way and Sydney-Seoul start from 31,500 points, (plus taxes, fees and carrier charges).

Flights are subject to government and regulatory approval. 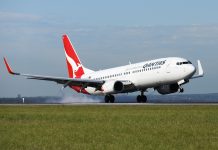 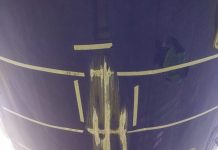 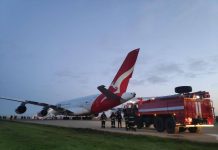