On 5 February, a Pegasus Airlines Boeing 737-800 (TC-IZK) operated domestic flight PC2193 between Izmir Adnan Menderes Airport and Istanbul Sabiha Gökçen Airport, Turkey. During landing at 18:20 local time, however, the aircraft overran the runway and crashed in a lower area behind the runway.

After the impact, the aircraft broke into several pieces. A small fire broke out, but that got extinguished quickly. According to the Turkish Ministers of Health and Transport, three persons died in the mishap. There were 179 injured people among the 177 passengers and 6 crew members; they have been transported to 18 hospitals in the area.

At the moment of landing on runway 06, heavy rain was reported.

2 minutes after the crash:

It’s the second mishap in a month with the Turkish airline: on 7 January 2020, another Boeing 737-800 experienced a runway excursion at the same airport. 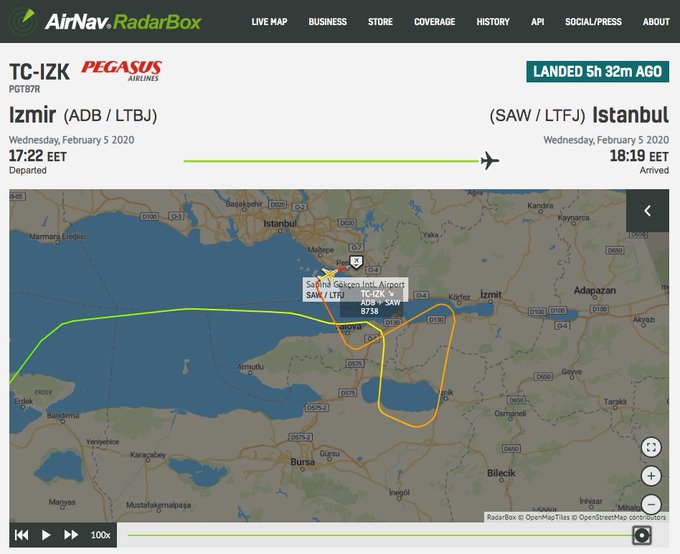 Budapest Airport re-opens connection to Istanbul thanks to Pegasus