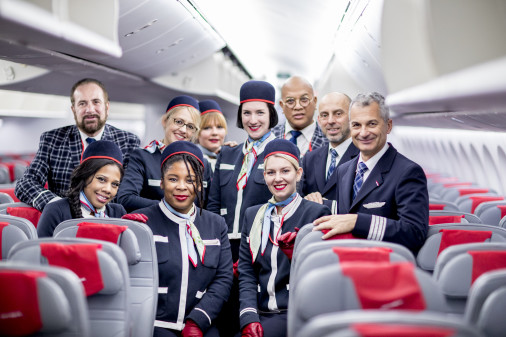 Norwegian carried 3,446,854 passengers in September, an increase of 281,823 passengers (9 percent) compared to the same month last year. The total traffic growth (RPK) increased by 31 percent this month, driven by a 32 percent capacity growth (ASK). The load factor was 88.8 percent on the entire route network and 92.4 percent on Norwegian’s long-haul routes.

In general, the yield development is positive, but is negatively affected by the Swedish passenger tax and the fact that company operates more longer flights than the same time previous year. As the revenue per passenger kilometre is lower on longer flights, the company’s total yield falls as the share of long-haul flights increases.

In September, The International Council on Clean Transportation (ICCT) named Norwegian the most fuel-efficient airline on transatlantic routes for the second time.

“We are very pleased that an increasing number of passengers choose Norwegian for their travels, especially business passengers. I’d particularly like to point out our long-haul routes where the demand is high and continues to increase. The recognition from ICCT is truly the highest form of industry praise and proves that our investment in brand new planes reduce our environmental footprint. New aircraft is win-win for our customers, the environment and the company,” said CEO Bjørn Kjos of Norwegian.

With an average age of only 3.7 years, Norwegian’s fleet is one of the world’s “greenest” and most modern. The single most important action an airline can take to reduce its environmental footprint, is to invest in new aircraft and new technology.

Norwegian passenger numbers continue to increase in August (+168% vs 2020)