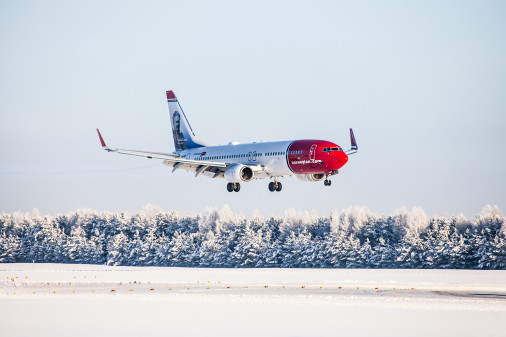 Norwegian’s traffic figures for January show that the company continues to deliver on its strategy of moving from growth to profitability with significant improvement in unit revenue, load factor and record-high punctuality.

Norwegian carried 1,974,606 customers in January. The planned capacity reduction and optimization of the route network continued to impact the figures positively. The punctuality for January was 87 percent which is the highest ever in a single month since 2015. The load factor was 81 percent, up 4.8 percentage points.

“I am pleased that we continue to deliver on the strategy of moving from growth to profitability. For ten consecutive months, including January, the planned capacity reduction impacted the unit revenue and load factor positively. I am also pleased that our on-time performance continues to improve as I know how important punctuality is for our customers,” said CEO Jacob Schram of Norwegian.

“In the coming months, I look forward to working together with my dedicated colleagues on the ground and in the air to position Norwegian for a profitable and sustainable future in international aviation,” Schram added.

The company continued to reduce its CO2 emissions in January by 4 percent to 75 grams per passenger kilometre. Even with a higher share of older wet-lease aircraft the company manages to reduce its environmental impact. With an average age of 4.6 years, Norwegian has one of the world’s most environmentally friendly fleets. Thanks to the young fleet, the company has reduced its per passenger emissions by 33 percent since 2009.

Norwegian traffic results for May show signs of positive trend