Niceair is a new airline based, not in Nice, southern France, but in Akureyri, North Iceland. It will fly its first scheduled flight on 2 June, Icelandic news outfit mbl.is reports. The name, Niceair, has a reference to North Iceland, where the company will serve a growing market for local residents as well as foreign tourists.

Initially, service will be offered to the UK, Denmark and Spain, according to a press release from the airline. “The airline has secured a 150-seat Airbus A319, ideal for conditions in Akureyri, in addition to having ample room for freight.”

Þorvaldur Lúðvík states that the company is well funded with financially strong parties behind it. Numerous companies in North Iceland are stakeholders, none of them owning more than 8 percent of shares. 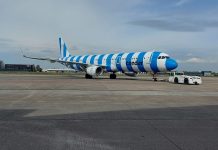 Condor launches flights to Akureyri and Egilsstaðir (Iceland) in 2023 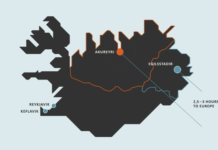 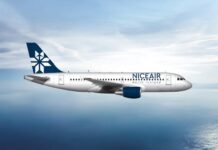