Investment firm Attestor holds 51 percent of the shares in Condor. The financial company is now founding its own holiday airline in Estonia, Malibu, and will use it to operate flights from Germany.

Attestor took over 51 percent of the shares in Condor around 18 months ago, saving it from bankruptcy. Now the asset manager has new plans: it is founding its own airline “Marabu”, which will start with six Airbus A320 aircraft and operate flights from Hamburg and Munich to sunny destinations around the Mediterranean.

The new airline will be managed by former Condor sales manager and ex-Sun Express CEO Paul Schwaiger. Condor is exclusively responsible for the sale of Marabu flights as a general sales agent.

The Estonian company Nordica acts as an ACMI partner, enabling a speedy start of flight operations. In the course of the summer of 2023, however, Marabu will also be operating its own aircraft. 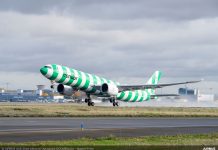 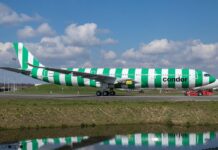