A Malaysia Airlines Boeing 737-800 aircraft registered 9M-MXX operating flight MH2718 from Kuala Lumpur with 61 passengers (among which two infants) and six crew members skidded upon landing at Sibu Airport under pouring rain. No injuries were reported.

The passengers and crew safely “disembarked” via the two front slide rafts. They have been examined by medical personnel in Sibu. Reports confirm that no injuries have been sustained. Families have been notified of the incident.

Malaysia Airlines staff in Sibu are assisting passengers with their immediate needs. The airline is working with airport authorities to retrieve the baggage on board of the aircraft. Both parties are sourcing equipment to remove the aircraft from the runway.

Safety remains of the utmost importance to Malaysia Airlines. The airline will extend its full cooperation in the investigation of the incident. 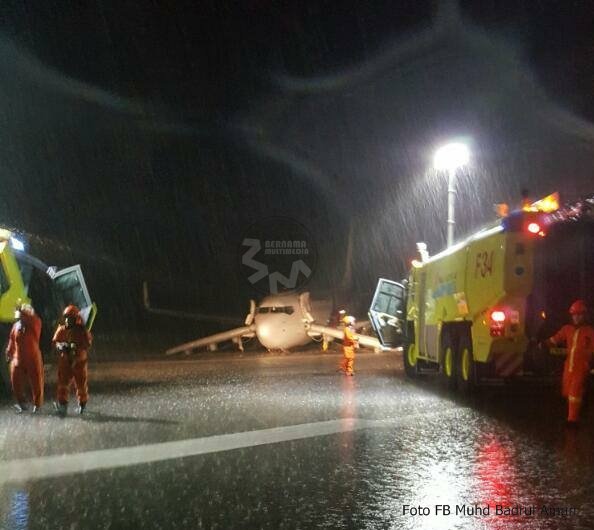