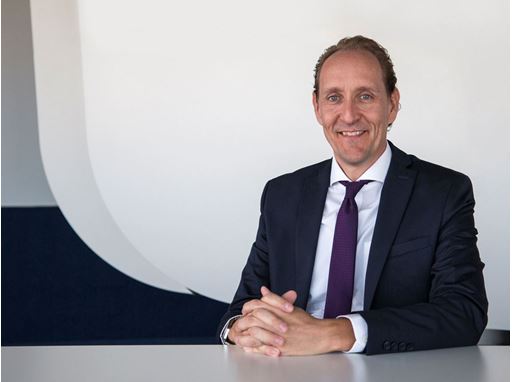 Dieter Vranckx has been appointed as the new CEO of SWISS by the company’s Board of Directors. He will assume his new duties on 1 January 2021. Dieter Vranckx has held various management positions within the airline industry since 1998. He can also look back on some 20 years with the Lufthansa Group, including more than 13 years at SWISS and Swissair, respectively. He succeeds Thomas Klühr, who will leave the company at the end of this year.

Dieter Vranckx will assume the position of CEO of Swiss International Air Lines (SWISS) on 1 January 2021. Dieter Vranckx, who is 47, has held various management functions within the airline industry since 1999. He can also look back on some 20 years with the Lufthansa Group, including more than 13 years at SWISS and Swissair, respectively. He is currently CEO of Lufthansa Group member Brussels Airlines, a position he took up at the beginning of this year, having joined the company as CFO and Deputy CEO in May 2018. For the two years prior to this, he served as Vice President Asia Pacific for the Lufthansa Group, in overall charge of the region’s sales and marketing activities for all group airlines (Lufthansa, SWISS, Austrian Airlines, Brussels Airlines and Eurowings) from his Singapore base.

From 2013 to 2016 Dieter Vranckx served as SWISS’s Vice President Sales & Marketing for its Switzerland, Germany and Austria home markets. Prior to this, he spent three years as Lufthansa Cargo’s Chicago-based Regional Director US Midwest & Canada. From 2006 to 2009 he was Swiss WorldCargo’s Vice President Asia, Middle East & Africa. And from 2004 to 2006 he was based in Hong Kong as SWISS’s Vice President Sales for the Asia Pacific region. He also previously served as Senior Manager Network Planning Europe and as Head of Business Development for Swissair and SWISS.

“I am delighted that Dieter Vranckx is returning to SWISS and that we have secured his services as our new CEO,” says Reto Francioni, Chairman of the SWISS Board of Directors. “Dieter Vranckx is highly regarded throughout the global aviation industry and is a strong individual with extensive international experience. He is also well familiar with SWISS and the Lufthansa Group from his previous posts, and he has already demonstrated his ability to lead with success even in challenging times. With his comprehensive expertise in both the passenger and the cargo field, he will be well able to further develop and refine SWISS’s successful business model with due and full regard to the now radically changed market conditions. And we wish him every success in doing so.” As communicated on 29 September, Thomas Klühr will leave SWISS at the end of this year for personal reasons but will remain connected with the company.