Bettina Volkens: “We are willing to reach out to Vereinigung Cockpit again. We need to avoid further strikes at the expense of our passengers.”

Lufthansa is offering a further concession to the Vereinigung Cockpit (VC) flight crew union in the ongoing round of collective bargaining talks. The union has repeatedly demanded general arbitration. In order to avoid new strikes at the expense of the passengers, Lufthansa offers VC general arbitration of all open collective wage agreements.

Previously, Lufthansa has rejected this demand on the basis that many collective wage agreements have not yet been negotiated and because not all claims of the VC regarding some of the contracts which the union itself had terminated, have been formulated.

Dr. Bettina Volkens, Managing Director for Legal Affairs and Human Resources of Deutsche Lufthansa AG, said: “We would have liked to negotiate on open issues with VC before submitting these complex issues to an arbitrator. In order to finally settle this long wage dispute, we are willing to take this step.”

Lufthansa has offered to start discussions with VC this week on the selection of an arbitrator. 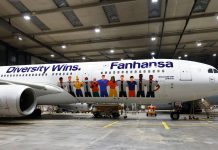 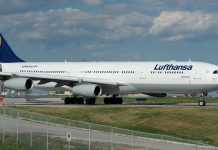