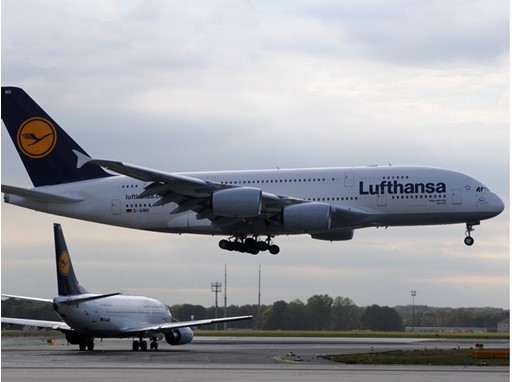 The summer brings many changes for Lufthansa in Munich. The biggest event will be on March 25, at the very beginning of the new flight schedule period – Lufthansa will be stationing five A380 aircraft in Munich and will operate daily flights to Los Angeles, Hong Kong and Beijing throughout the summer. In the winter, the A380 destinations will change – the Lufthansa flagship will then connect Munich with Miami, Shanghai and San Francisco.

On March 27, a Lufthansa A350 will fly to Singapore for the first time. Five flights a week will head to the vibrant economic hub in Asia from Munich. Lufthansa will have a total of eleven type A350 aircraft stationed in Munich until the end of the summer flight schedule in October.

New European destinations
Two Polish cities will be introduced at the start of the summer flight schedule – from March 27 and 28, there will for the first time be flights connecting Munich with Katowice and Lodz. Lufthansa will fly to Lodz five times a week – Poland’s third largest city, located in the centre of the country. Katowice is around 300 kilometres south-west of Warsaw in the Upper Silesian industrial region. Starting in spring, Lufthansa will operate daily flights between this Polish city and Munich.

Funchal is the name of the new destination for holidaymakers. As of March 31, there will be non-stop 4-hour flights from Munich to Madeira, complementing the range of flights on offer from Frankfurt. From spring, a Lufthansa flight will take off from the Bavarian metropolis to Funchal (Madeira) every Saturday.

Lufthansa is also significantly expanding its range of European flights from Munich. There will be more weekly flights next summer, especially to Spain and Poland. There will also be more frequent flights to popular holiday destinations, in particular to Greece and Portugal.