A hurricane is heading towards Florida – what does that mean for the planned flights there? Airspace is closed and a flight has to be diverted – which alternative routes are there, how much kerosene does it need and what happens to the passengers on the plane and those who are already waiting for their flight at the actual destination and are now stuck there?

The range of tasks performed by Flight Operations Officers (FOOs) is multi-faceted and their role in aviation is significant: As airline employees, they are responsible for flight preparation and ground support for flights.

At the beginning of July, the first integrated training course for Flight Operations Officers was launched in Frankfurt. Lufthansa Aviation Training conducts the training for the entire Lufthansa Group. It is based on a globally new, modular concept, called “Competency-Based Training & Assessment” (CBTA). CBTA focuses on the transfer of competencies with concrete practical examples instead of pure knowledge transfer. This enables a much faster entry into practice.

Within 20 weeks the prospective Flight Operations Officers (FOO) are taught in subjects that are also part of the theoretical pilot training. These include meteorology, navigation, operational procedures and flight planning. Until the start of the new training concept, FOO training was even docked directly to the training of future pilots due to these overlaps in theoretical education. Back then, the trainees gained a lot of theoretical knowledge but did not have any practical references to their future profession.

This is now changing: “The profession of Flight Operations Officers has developed enormously and also changed over the past decades. With the new training, we now adequately cover this grown and very complex area of responsibility. We have now developed a competency-based approach for the first time from what was originally a purely knowledge-based training course. A core element of this approach is that we are working with experienced Flight Operations Officers as instructors during training – this enables us to impart the relevant knowledge with concrete references to professional practice,” says Stephan Strobel, who is responsible for the development and implementation of the new training at LAT.

A standardised FOO training for the entire LH Group

Training as a Flight Operations Officer forms the basis for working in an Integrated Operations Control Centre (IOCC), where comprehensive knowledge and skills are required from flight planning to solve irregularities.

Previously, within Lufthansa Group the respective airlines organised the FOO training individually and the flight schools covered it. However, after they consciously wanted to concentrate on their core business – the training of future pilots – the need arose to relocate the FOO training and thus also the opportunity to completely restructure the training in line with the changed conditions.

Project Manager Nina Jirges, Senior Manager Training, Communication & Change Management Lufthansa Group: “We are particularly proud of not only having developed a very innovative concept worldwide but also having created a unified standard for FOO training throughout the Lufthansa Group for the very first time. This was only possible because all the parties involved – the group airlines, instructors, active FOOs and many more – worked hand in hand and contributed their decades of experience and specific needs to the concept development. The successful relaunch of the FOO training is, therefore, a great example for me of what is possible in cooperation beyond the various companies within the Lufthansa Group“. 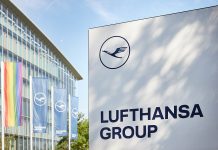 Lufthansa Group back to black with operating profit of 393 million euros and Adjusted free cash flow of 2.1 billion euros in the second... 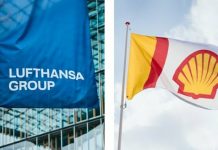