Today, two years after the crash of Germanwings flight 4U9525, a sculpture has been unveiled in Le Vernet in the French Alps as a memorial to those who lost their lives. An official ceremony was held to mark the second anniversary of the accident and was attended by 500 relatives of the victims, who traveled from all around the world to be there. At the ceremony, the “Sonnenkugel” (meaning ‘Solar Orb’) created by German artist Jürgen Batscheider was presented to the relatives by Carsten Spohr, CEO of Deutsche Lufthansa AG.

The commemorative sculpture is in the form of a gold-plated sphere with a diameter of five meters, made up of 149 different elements. The interior of the sphere contains a crystal-shaped cylinder which in turn contains wooden spheres where the relatives of the victims can place their own personal mementos on. As soon as weather conditions allow, the work of art will be erected directly at the site of the accident and the area will then remain permanently barred from public access. The “Sonnenkugel” will, however, be visible to all from a viewing platform set-up by Lufthansa last year at the Col de Mariaud public viewing area.

The artist’s work was chosen in an international competition held last year, which received entries from 23 artists. In a pre-selection process, a jury chaired by Peter Cachola Schmal, Director of the German Architecture Museum in Frankfurt am Main, chose three designs, and the relatives of the victims selected one of these as the winner. In addition to representatives of the relatives, the twelve person jury also included the Mayor of the communities of Le Vernet and Prads-Haute-Bléone and two representatives from Lufthansa.

The painter and sculptor Jürgen Batscheider is a graduate of the State College of Sculpture in Berchtesgaden. He lives and works as a freelance sculptor in Memmingen in Allgäu, and in Port Grimaud in France. He has already had numerous works exhibited in the public arena in Germany, Austria, Switzerland and France. 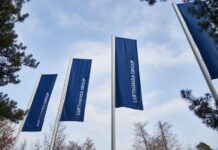 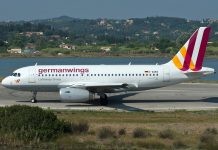