• Thousands of tickets already sold in the Czech Republic: for individuals and local tour operators

• The Czech Republic’s top favourites for the current autumn/winter season: the Canary Islands and southern Spain

Eurowings has successfully started spreading its wings in Prague: shortly after flights were available for booking, Germany’s largest holiday airline already sold thousands of tickets in the Czech Republic to private and business travellers as well as local tour operators. Eurowings will open a new base of operations in the Czech capital at the end of October 2021 and initially offer 14 new nonstop flights from Prague. The first flights will take off on 31 October from Prague to Fuerteventura and Bristol (UK).

The Czech Republic’s top favourites for the current autumn and winter season are the Canary Islands and Southern Spain. The highest Eurowings bookings from Prague to date include Tenerife, Fuerteventura and Málaga. Connections to Athens (Greece), Barcelona (Spain) and Copenhagen (Denmark) are also very popular as people remain eager to travel.

Eurowings flights can be booked from €29.99 (764 CZK) with just a few clicks on the eurowings.com website or via the Eurowings app. A local Eurowings website will shortly be launched meaning all Eurowings flights will be available for booking in the Czech language soon.

“We are very pleased that our new offers have been so well received from day one. This boosts our confidence that we have exactly made the right choice with launching our operations from such a highly attractive city like Prague,” said Jens Bischof, CEO of Eurowings. “Eurowings will offer Czech customers top quality products and services at affordable prices to serve the existing pent-up demand for flights,” Bischof emphasised.

Innovative new services such as customers being able to choose a free middle seat (starting at €10/254 CZK) next to them have bolstered Eurowings’ top position among the European airlines. “Customers across Europe appreciate having a little more breathing room at their seat, whether for reasons of comfort or hygiene,” said Bischof. “The empty middle seat brings a feeling of business class even to back rows and has already been booked by Czech customers several hundred times just in the last few weeks.” Eurowings is the first airline to return to radio and television advertising in the Czech Republic since the start of the pandemic. The airline will invest more than 1 million Euros (25 mio. CZK) across several advertising channels to support its market launch in Prague.

The free middle seat, super-flexible rebooking options (up to 40 minutes before departure) and all the other customer benefits Eurowings is offering do not go unrecognised. Just recently, the Lufthansa Group airline was awarded “Triple Gold” at the German Customer Awards: for best price-performance ratio, best customer service and highest customer satisfaction ratings. 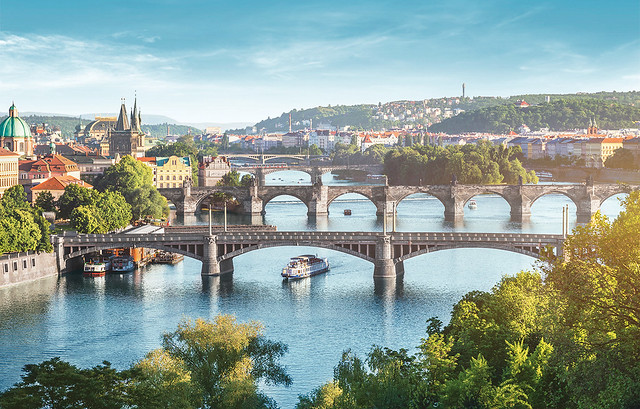 Eurowings to fly from Hamburg to Beirut as of November