Take off to Northern Europe with Eurowings: With no less than four new destinations from Düsseldorf and Stuttgart, Eurowings makes travel to Northern Europe easier in its 2021/22 winter flight schedule. In the regions around Tromsø (Norway), Rovaniemi (Finland), Luleå and Kiruna (both Sweden), travellers from Germany can expect fascinating landscapes and nature experiences such as the polar night, the Northern lights or extravagant leisure experiences such as dog sledding or icebreaker trips.

From Düsseldorf, Eurowings’ largest base, Eurowings will take off for the first time on December 4 to Tromsø, Norway. The city lies 344 kilometres north of the Arctic Circle, which corresponds to the latitude of Northern Alaska. As a travel destination, the region is particularly attractive because of the Northern Lights. The Düsseldorf-Tromsø route will be offered every Saturday, and from December 21 also on Tuesdays with an Airbus A319.

Also, from Düsseldorf, Eurowings will be flying to the Finnish city of Rovaniemi, which is located somewhat further South than Tromsø near the Arctic Circle, every Sunday from December 5. Rovaniemi is the capital of Lapland and is known to tourists from Germany primarily for its Northern Lights tours. However, there is also the Arktikum science centre and museum to discover, which impresses with its spectacular architecture and exhibitions on history and life in the far north.

The Swedish cities of Kiruna and Luleå are newly accessible from Southern Germany in the 2021/22 winter flight schedule: Eurowings will fly to both cities from Stuttgart, as we reported earlier. Flights to Luleå will start on December 1, 2021. Luleå is located in the North of Sweden and impresses with its mystical polar lights and crystal-clear ice worlds. The area offers attractive leisure experiences such as snowmobile safaris, aurora tours or trips with the icebreaker. Eurowings will be flying the Stuttgart-Luleå route from the beginning of December on Wednesdays and Sundays with an Airbus A319.

Kiruna, the most Northern city in Sweden, is the second new destination from Stuttgart. Kiruna is the scene of polar night from December 12-31. Visitors to the region can look forward to activities such as skiing, dog sledding and snowshoeing. The ice hotel in Jukkasjärvi is also a visitor magnet: it is rebuilt every year starting in October and opens in December. Eurowings will be flying to Northern Sweden every Saturday from December 4, 2021. 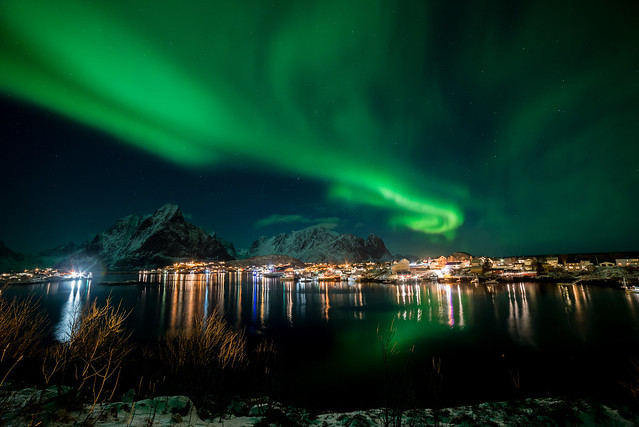