Eurowings will take off again at the end of June with its international flight operation Eurowings Europe. The first flight after a break of around three months will take place on 27 June at 07:45 from Palma to Hanover. With the reopening of the Mallorca base, Eurowings is underlining its position as Germany’s largest holiday airline. With the additional aircraft stationed on the Balearic island, Eurowings is operating a flight schedule that supplements numerous Mallorca connections at major Eurowings locations such as Düsseldorf, Hamburg, Stuttgart and Cologne/Bonn with additional destinations in Germany and Austria. Eurowings primarily operates flights from Mallorca to Berlin, Bremen, Dresden, Hanover, Leipzig, Karlsruhe/Baden-Baden, Munich, Münster-Osnabrück, Nuremberg and Saarbrücken. In Austria, Eurowings connects Salzburg and Innsbruck with Mallorca.

With the beginning of the summer holidays in some German federal states, Eurowings will again offer more than 50 Mallorca flights per week. During the peak holiday season from the end of July, the number of flights will then increase to 168 weekly Mallorca flights. A total of 16 airports in Germany and Austria will then be connected to Mallorca with Eurowings again. The airline had opened its first location in non-German-speaking countries in 2017 on Mallorca. Eurowings thus became the leading carrier for flights to Mallorca to Germany and Austria.

With the end of the worldwide travel warning and the lifting of travel restrictions for Spain, customer interest in sunny destinations is growing by leaps and bounds. Therefore the airline has decided to reactivate its crews based in Palma. Eurowings Europe will initially start operations with two Airbus A320s and increase to three aircraft over the summer. The airline also operates additional international stations for Eurowings in Salzburg (Austria) and Pristina (Kosovo). 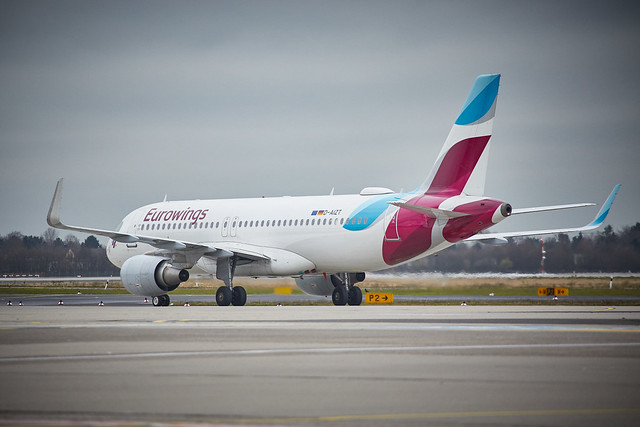 Eurowings to fly from Hamburg to Beirut as of November

Eurowings and Austrian Airlines optimise connections between Germany and Austria