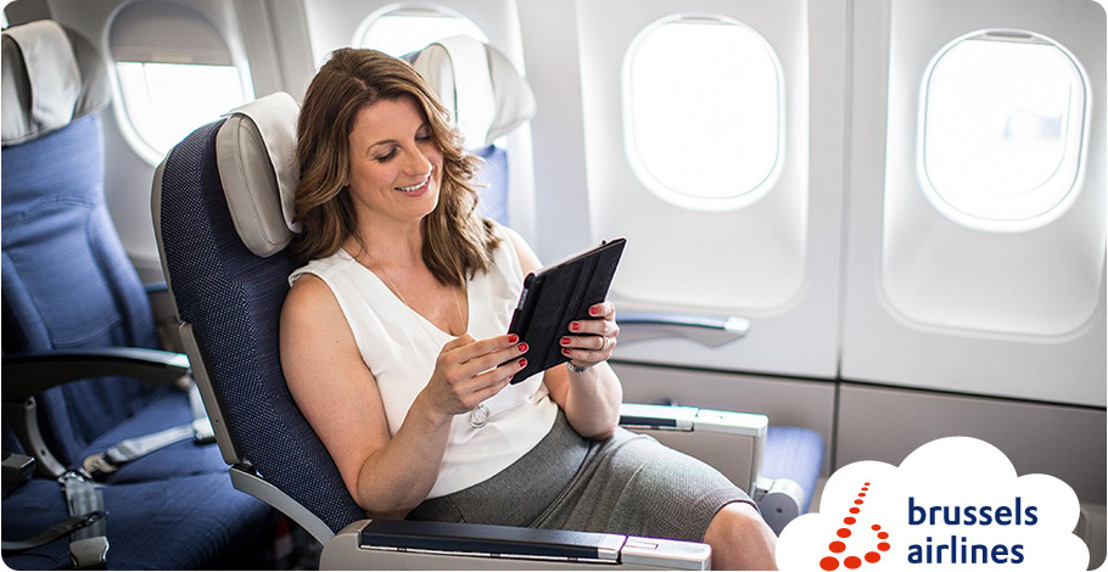 Digital alternatives are replacing paper across the travel journey at Brussels Airlines. 52% of the airline’s guests already exchanged the paper boarding pass for a smartphone version. Now, the Belgian company wants to bring the digitalisation on board by replacing its newspapers by digital copies. The removal of printed newspapers on its 250 flights per day avoids 115 tons of transported weight per year, decreasing fuel consumption and thus CO2 emissions.

As from 27 October, Brussels Airlines will remove all printed newspapers from its flights. Instead, guests in all travel classes receive a subscription to the digital newspaper of their choice. The switch to digital newspapers only is a logical choice, as the airline wants to meet today’s digital standards as well as reduce its ecological footprint. The removal of the printed newspapers on its 250 daily flights decreases the weight of the aircraft and hence its fuel consumption, leading to 35 tonnes of CO2 reductions.

The digital news offer contains the following newspapers and magazines:

Not only on board, but also before the flight digital possibilities replace paper during the travel process. In 2018, 52% of all Brussels Airlines passengers used their smartphone to board their flight and the numbers continue to rise. As the airline continuously renews itself to be part of this digitalised world, it has now launched a new version of its mobile app, including an easy boarding pass access that stores your boarding pass for you even if you had not checked in via the app. Find out more about the new app on brusselsairlines.com

Earlier this year, Finnair and KLM had already stopped handing out printed newspapers.