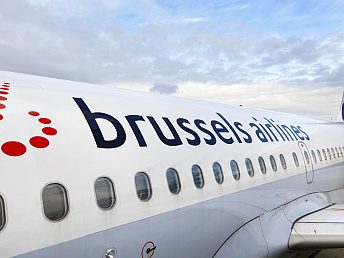 Brussels Airlines is likely to resume direct flights between Brussels and Yerevan, Armenia’s aviation authorities said today. The news emerged following a meeting between the chief of Armenia’s Main Civil Aviation Administration Sergey Avetisyan and the vice-president of the Brussels Airlines Herman Carpentier in Yerevan.

Carpentier was quoted as saying in a press release that the company was seriously considering the possibility of resuming flights to Yerevan, especially in the light of positive changes reported in the Armenian air market in recent years.

Carpentier said also that the passenger flow to and from Armenia may have a positive impact on the airline’s profitability.

Sergey Avetisyan was said to have expressed his readiness to render any necessary assistance to the airline in the organisation of flights and noted that there is the entire necessary regulatory framework for the normal operation of flights between Brussels and Yerevan.

“If the agreement on a single air space between Armenia and EU is signed, more favourable conditions will be created for the operation of the airline,” Avetisyan said.

Marcelo Wende, the top manager of Armenia International Airports company that runs the Zvartnots airport in Yerevan and Shirak airport in Gyumri, who was present at the meeting, also offered his assistance in the organisation of the flights.

The regulator also arranged meetings of the airline delegation with all interested parties and services in Armenia to discuss technical issues.