This aeroplane took off for its first flight on 22 June 1993 at Toulouse-Blagnac. It first flew under the colours of Air Inter from 18 March 1994 with registration F-GMDA and joined the Sabena fleet with its current registration on 2 July 1997. After the Sabena bankruptcy, it was taken over by Birdy Airlines operating the African flights for SN Brussels Airlines, and later was incorporated into the Brussels Airlines fleet.

It operated its last revenue flight on 19 December 2018, as SN502 from New York JFK to Brussels Airport.

OO-SFM took off as flight SN9901 from Brussels Airport at 08:41 this morning for its last trip. It landed at Bangor at 09:28 local time. It will continue as SN9903 to Crestview, Florida, its final destination today and for always. 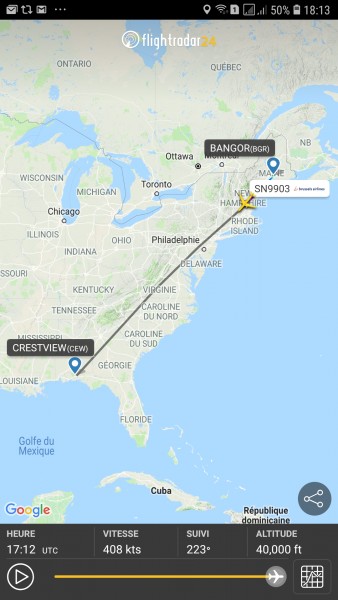 It is being replaced in the Brussels Airlines fleet by more recent A330s coming from Cathay Pacific and Singapore Airlines.

After 25 years of commercial service, Brussels Airlines’ OO-SFN is leaving for Pinal Airpark

[Coronavirus] Wizz Air suspends routes from Romania to Great Britain, The Netherlands and Switzerland due to national restrictions