A person died this Thursday at dawn aboard a Brussels Airlines Airbus A330-300 (registered OO-SFD) en route between Dakar Blaise Diagne airport (DSS), Senegal, and Brussels Airport, Belgium. Flight SN204 had to be diverted to Gran Canaria to try to save the life of the passenger, as reported by air traffic controllers.

The plane was in the north of the Canary Islands when it reported medical problems for one of the passengers on board, hence the controllers decided to divert it to the Gran Canaria airfield (LPA) in Las Palmas to be treated by medical personnel. Unfortunately, nothing could be done to save his life.

As the air traffic controllers have explained on their social networks, they tried to “cut back on the manoeuvre as much as possible” although without success, while offering their condolences to their families. 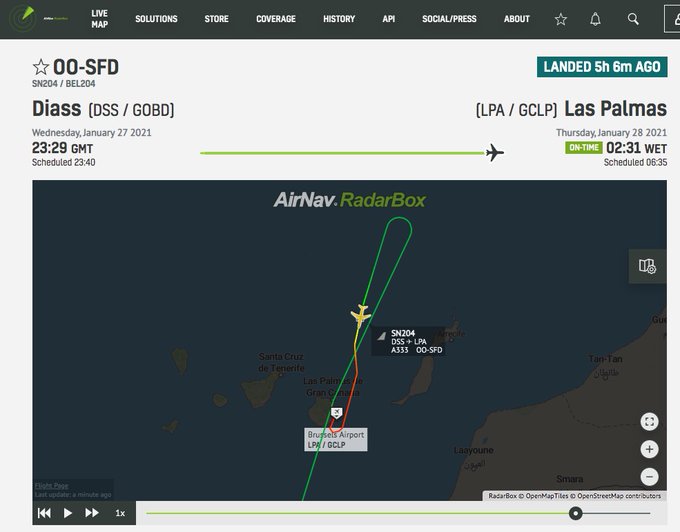 Agreement between Ryanair and its Belgian workers: no layoffs, but an 8% pay cut