As already mentioned in our forum yesterday (31 July), a Brussels Airlines aeroplane with 235 passengers on board turned around shortly after taking off from Brussels Airport due to a technical problem.

The Airbus A330-300 registered OO-SFF left Brussels Airport on Saturday around 13:15 as flight SN379 to Douala and Yaounde in Cameroon, but turned back as it was flying over Metz in northeastern France, descended to 6000 feet (FL60) and landed at Brussels Airport around 14:30 without holding. 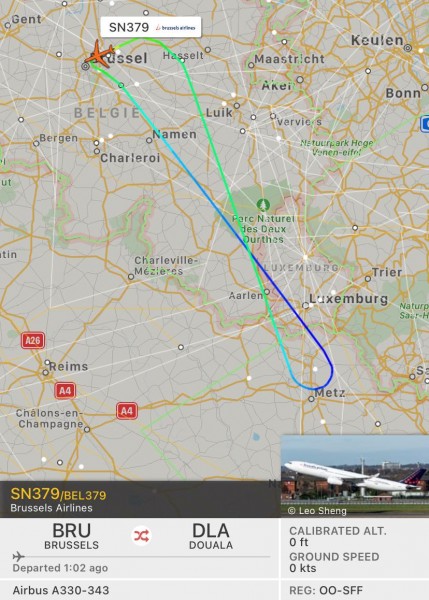 Passengers were offered alternative flights. Mechanics were trying to determine the origin of the damage, and apparently succeeded, as OO-SFF took off again today (1 August) as SN383 to the same destinations Douala and Yaounde.

Car-free day in Brussels: also at the airport!

Cathay Pacific releases traffic figures for August 2021, still some 95% under the 2019 figures

Work stoppages at Charleroi airport: the unions complain about the deterioration of working conditions, management is surprised