From Brussels to Vienna

Uneventful flight from Brussels to Vienna, a little delay on departure but we had enough time left to catch our connecting flight to Bangkok. Austrian Airlines is one of the last European airlines to offer free in-flight snacks and drinks. On this fairly short hop, 1 hour 40, we were offered a sweet or a salty item. 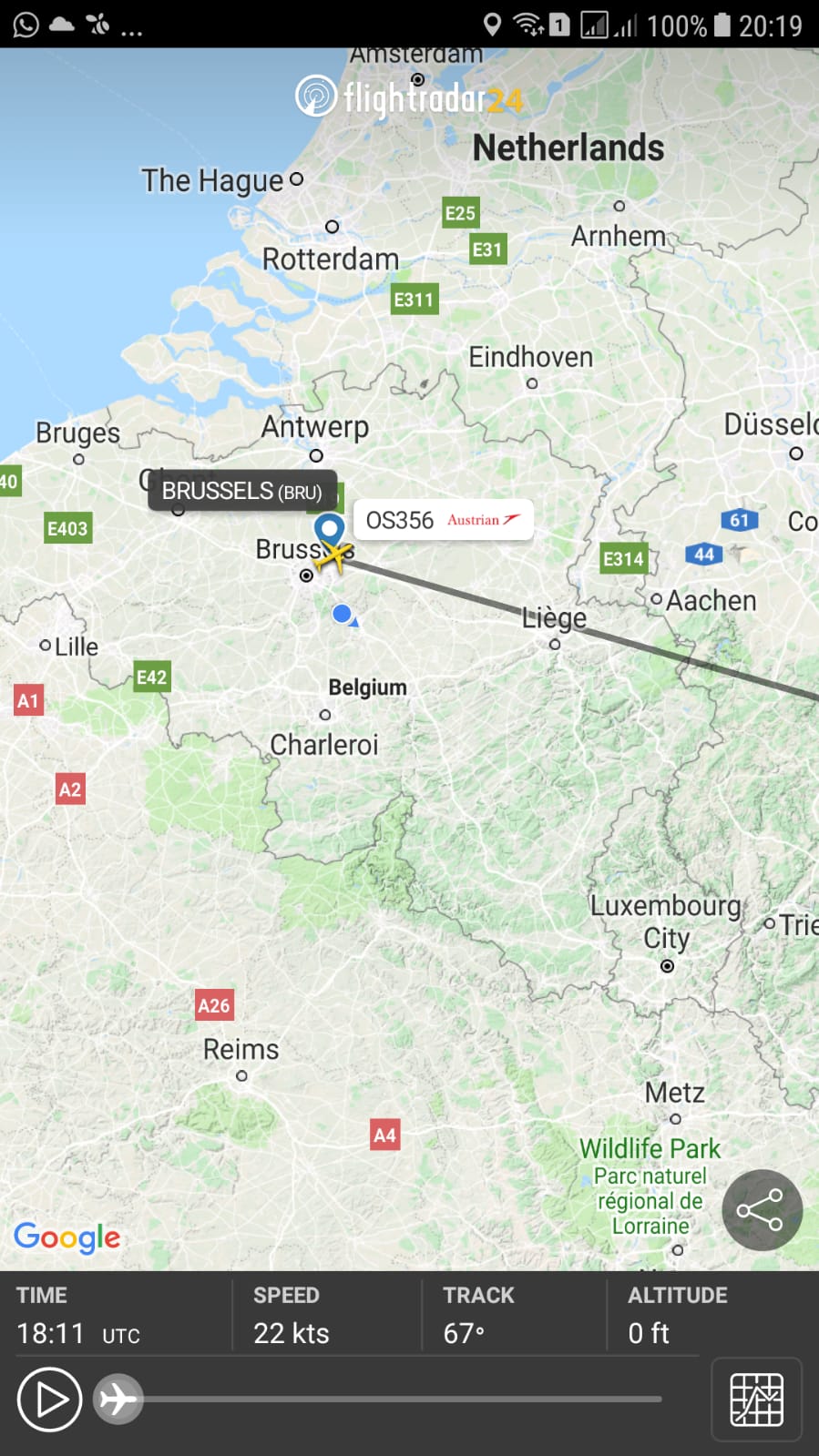 From Vienna to Bangkok

As the flight was overbooked, several calls were made to find a volunteer that wanted to travel the next day. That passenger was offered €600, required by EU law. The flight was delayed for 25 minutes as we had to wait for passengers coming from a connecting flight.

During boarding we had a quick glance in the comfortable business class. Only half disappointed for not having such a seat, we moved backwards to the economy class section. During the flight we had the choice between chicken with mash potato (very tasty), a mushroom pasta or a vegetarian rigatoni dish.

As Bangkok Airport was very busy we had to enter the holding area, just before landing we made some twists and turns (see image). 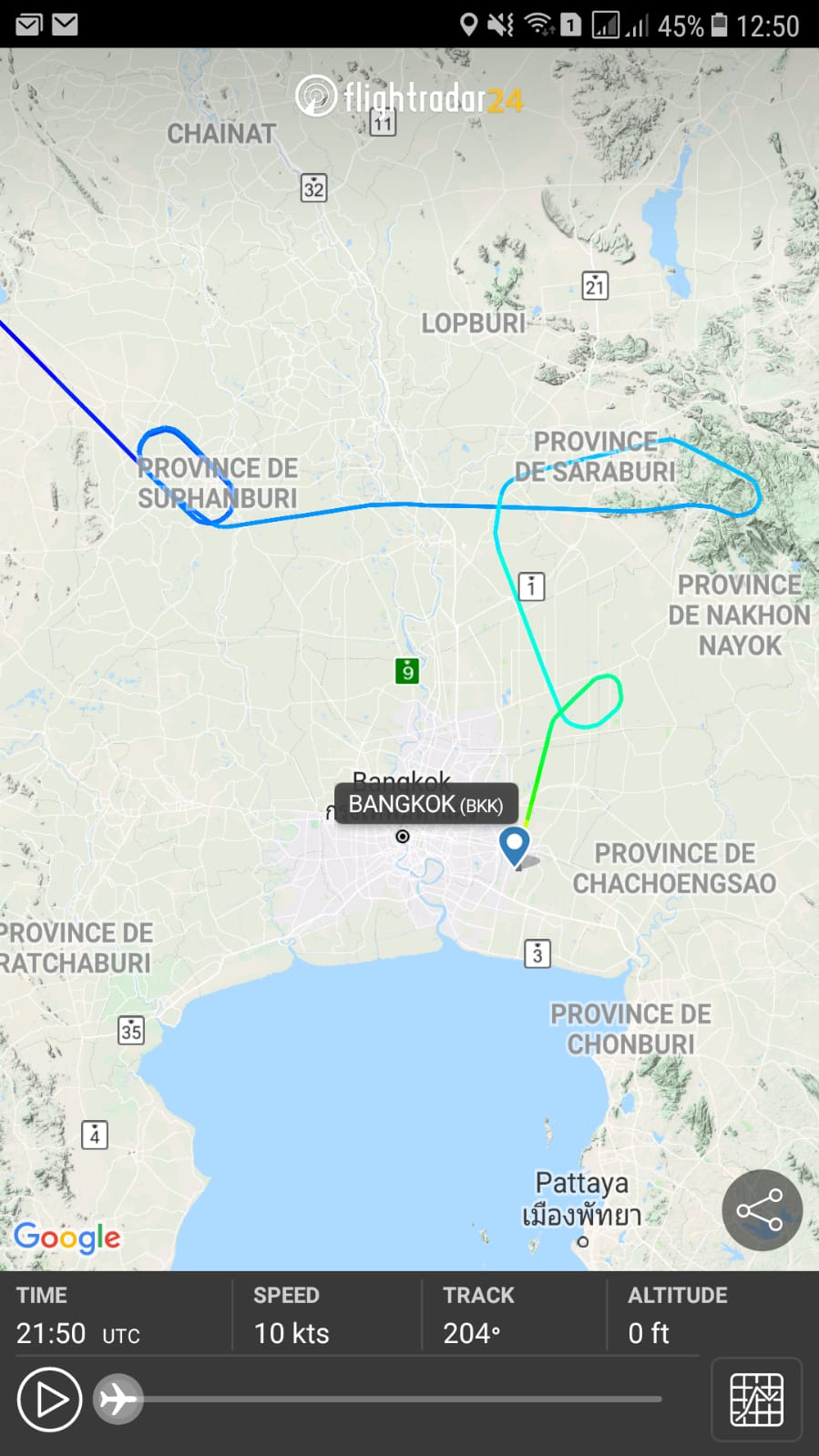