• As of today Embraer 195 with the registration OE-LWA operating scheduled flights on short- and medium haul routes
• Embraer aircraft going to operate flights to Central and Eastern Europe e.g. Belgrade, Warsaw and Tirana, but also to Hamburg, Thessaloniki and on many more routes
• 15 further Embraer Jets will be inaugurated by the end of 2017

Austrian Airlines today inaugurated another jet in it´s fleet for scheduled flights: The second Embraer 195 of Austrian Airlines took off this morning from Vienna Airport at 07:40 a.m. under flight number OS 625. The initial flight was destined for Warsawa. The airplane landed at its target destination very punctual at 8:35 a.m, which is even five minutes before the scheduled arrival time. The jet with the registration OE-LWA is the second of a total of 17 Embraer aircraft which will be operated by Austrian Airlines by the end of 2017 as part of its fleet renewal program. The Embraer will gradually replace the 21 Fokker aircraft currently used by Austrian Airlines.„We are glad to welcome another Embraer 195 in our fleet,“ stated Robert Heusmann, Austrian Airlines Project Manager Embraer Integration. „We consistently follow our plan and replace older aircraft with more modern and more efficient ones.“

The Embraer 195 stands out due to its advanced engineering. For example, the cabin equipped with a two-by-two-seating is especially spacious thanks to its ergonomic design, offering passengers a feeling of enjoying more space. Lower operating costs make this aircraft particularly efficient. Further more the Embraer consume about 18 percent less fuel per aircraft seat, making them much more environmentally compatible than the Fokker planes.

The Embraer jets will be used on short and medium-haul routes to Central and Eastern Europe such as Belgrade, Warsaw and Tirana, but will also operate flights to Hamburg, Thessaloniki and many other destinations. The Embraer aircraft boast an average age of four years, and provide enough space for 120 passengers. The list price of an Embraer 195 jet is about USD 52 million. 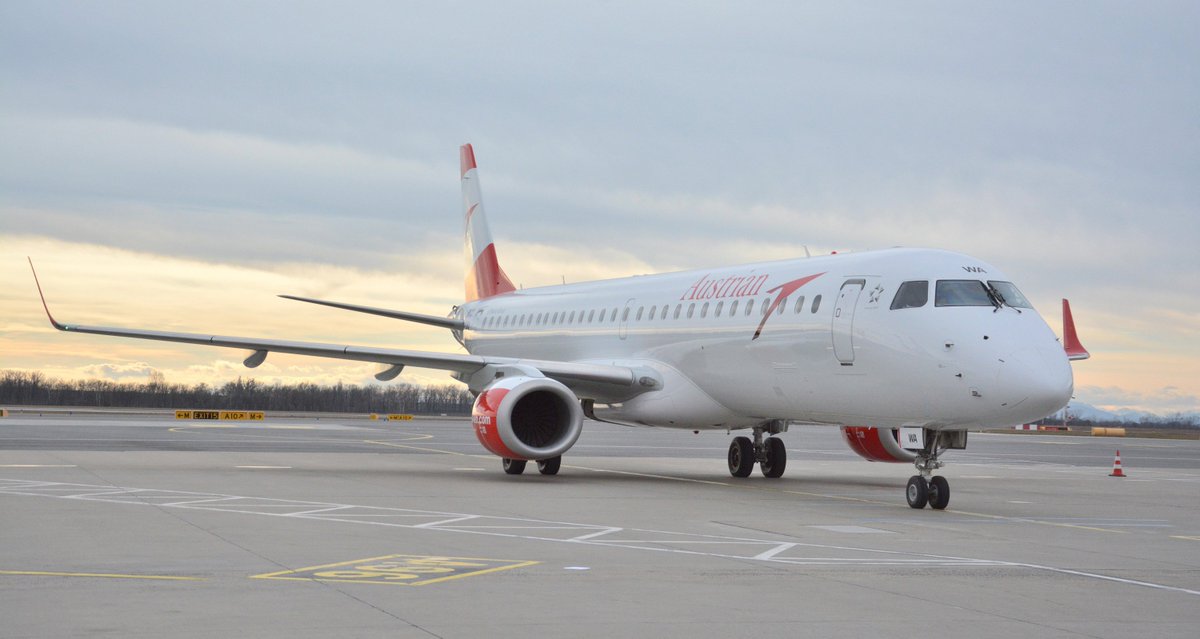