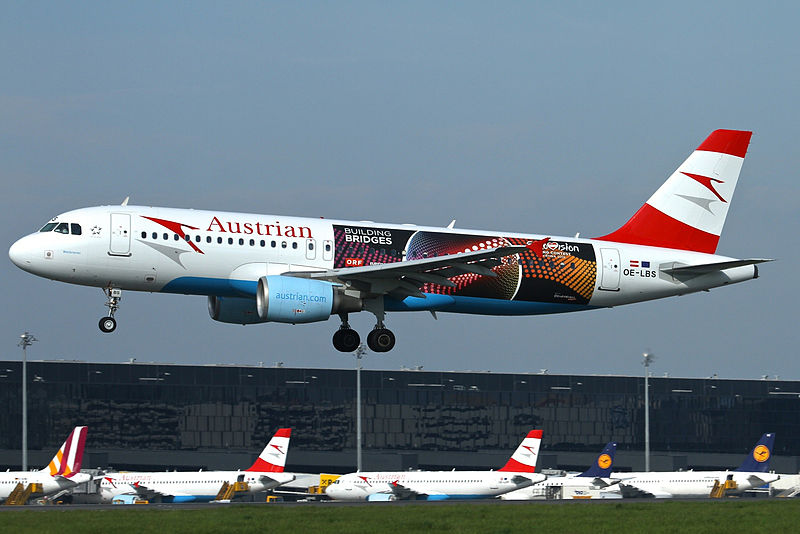 Two weeks ago, Austrian Airlines had to communicate some bad news and drastic measures. Alexis von Hoensbroech, CEO of Austrian Airlines wants to shed some more light on the background of those measures and on the airline’s way forward.

“We will do whatever it takes to secure the future and market leadership of Austrian Airlines in Vienna – with the strongest brand, largest network and best employees, we will stay number 1 in Vienna for years to come!” he wrote on employment-oriented platform LinkedIn. His full analysis below:

The past weeks have been quite challenging for Austrian Airlines – we presented the financial results for the first three quarters of 2019 and to be quite honest, they are far below our targets. The adjusted EBIT from January to September is 17 M€, down 84% compared to 2018. After six years of profit and ten years of upwards trend, Austrian once again looks at the possibility of a negative full year result. In addition, the outlook for 2020 is even more challenging.

As a result, we had to communicate a radical internal savings package, targeting annual cost reductions of 90 M€. This comes on top to other existing efficiency and cost reduction efforts of comparable magnitude that form our strategic program #DriveTo25. A large part of this package covers operational costs, but the truth is that Austrian will also reduce its staff level by 700-800 full time equivalents (FTE) within the next two years. I want to shed some more light on the context of those drastic measures.

How did we get here? Vienna as battleground zero of Low Cost Competition in Europe

Vienna and Austrian Airlines is used to some level of low cost carrier presence. Air Berlin and Niki maintained a fair market share in Vienna until the demise of the group by the end of 2017. In 2016, the last year of full operation, the two carriers offered about 2.5 million seats out of Vienna. After the exit of those two players, a bunch of low cost carriers tried to fill this void – most prominently the “Austrian solution” Lauda (ironically a 100% Ryanair subsidiary in the meantime) and Wizz Air. Together with Level and Easy Jet, they started to push massive (over-)capacity into the market since 2018, blowing away that the all-time record of low cost capacity in 2019 with roughly 4.5 million seats.

While Level and Easy Jet seem to accept the harsh market environment and gradually reduce their exposure, Lauda and Wizz Air continue to massively (and irrationally) invest into the market despite questionable financial returns. This game culminated in the recent press conferences of Ryanair CEO Michael O’Leary, who openly claimed the number one position in Austria within 5 years and announced a further fleet expansion of 11 aircraft in Vienna. This results in a total of 19 Lauda/Ryanair aircraft in Vienna – despite acknowledging in the same vain that the company loses about 1M€ each week! Together with Wizz Air’s growth and residual capacities of Level and Easy Jet that will account for about 35 low cost aircraft and 7 million Seats in Vienna in 2020 – more than three times the amount of 2017!

In order to finance their growth and stimulate artificial demand, those new competitors undercut social standards previously taken for granted in Austria. Employment through foreign agencies, dismissal after sick leave, widespread application of all-in contracts, virtual self-employment and frequent shift of home bases are just a few methods that are now applied. In a Europe that is not at all harmonized with regards to social standards, there are plenty of opportunities for social engineering and cherry picking.

Of course, this massive growth in competition does not leave Austrian unscathed and is the main reason for the decline in our results. But we are determined to hold ground and not follow the likes of Germania, Malev, Adria and Co. And we are fighting to defend our hard-earned position and tradition here in Austria.

As the Austrian flag carrier, we enjoy a clear market leadership in Austria. We have the strongest brand, the largest network and the best employees. We will of course not cede our market position and continue to fight for every single passenger – Austrian Airlines will stay number one in Vienna for the next five, six and ten years! At the same time, we have to make sure to become more efficient and effective in our internal processes and organizational structure as well as our network and fleet setup, since it is fair to assume that this market will stay LCC intense forever. And finally, we need to improve the on-site conditions together with our stakeholders in order to support the operation of a hub (and long haul) network in Vienna.

In order to strengthen our market position, we presented our strategic transformation program #DriveTo25 about one year ago. The goal was (and is) to make Austrian investment ready. In essence, that means readiness for the investment into the renewal of our fleet. The program consists of 10 focus areas and I am still more than convinced that we initiated the right projects. And I am proud that we made significant progress in all areas. For example, we began the rollover of our DH4 fleet into A320 and already integrated the first new aircraft into our fleet. Also, we agreed on a new setup with Eurowings at our Hub in Vienna, enabling us to cooperate more effectively and develop more competitive firepower. Further, we focus all our efforts on our hub in Vienna and started the handover of decentral routes within the Lufthansa Group as well as the closure of our decentral crew-bases. And of course, we continue to invest in our product and offer our passengers innovative services such as new seats, inflight entertainment systems and an expansion of our WiFi on board offer.

However, we also have to accept that this is not enough. While we already planned a process efficiency project as part of #DriveTo25, we have to cut deeper into our processes and be more ambitious than initially planned. Therefore, the above-mentioned package of 90M€ and 700-800 FTE was developed. This includes the radical redesign of internal processes with the help of digitalization and automatization initiatives, centralization and outsourcing/offshoring. Further, a corresponding reorganization project was launched – the focus hereby lies on reducing management layers and expanding span of controls. We are going to clear historical structures, implement agile methods and establish a flat and powerful organization. Finally, our savings package includes ambitious productivity targets, both “on ground” and “in air”. We need to increase the productive hours in cockpit, cabin and on ground to realize untapped potentials, but also evaluate further measures.

The last area of action are the general on site conditions, in particular concerning our hub and long haul operation. I wrote in detail about this in a previous article, but the message remains the same – the core of the Austrian aviation industry is Austrian Airlines’ hub operation in Vienna. The rising LCC competition attacks our feeding system and therefore indirectly also our long haul and hub-network. When analyzing Europe’s Top 40 airports, we see that the average LCC share in hub airports is about 20%, while it skyrockets beyond 50% in non-hubs. This shows how hard it is to maintain a hub-system in a low cost intense environment – and without a hub, Vienna would lose significantly in direct connectivity, especially in the long haul segment. Just have a look at Budapest (BUD) or Berlin (TXL) as two large airports without a hub carrier. They have plenty of low cost flights all over Europe, but if you want to fly to long-haul destinations such as Tokyo or Washington, you have to connect through a different hub. And we can also easily see that Vienna hovers around the crossroads between hub- and low-cost-airports. Therefore, we need to improve the framework conditions in Vienna and reduce location related costs together with all our stakeholders, including all suppliers.

How can we succeed? Only together – because every crisis is a chance for sustainable change

It is more than one year since I joined Austrian Airlines. Of course, I would prefer to share different news at this point – but things are how they are and as the Executive Board, we have the responsibility to act in the best interest of the company. As such, we will do anything that is necessary to secure the future and market leadership of Austrian Airlines in Vienna.

This company has gone through many crises before and came out stronger every single time. I personally think that every crisis is also a chance. A chance, because it creates moments of change and allows for a sustainable course correction. This is exactly why I am confident that we can seize the opportunity of this situation in order to position Austrian Airlines effectively for the long term and initiate the required programs.

If there is one thing leaves me most impressed after my 15 months in Vienna, it is the spirit of our employees. I have rarely seen a team that proud of their company as here. People go the famous extra mile wherever they can, put their utmost effort into the wellbeing of Austrian and display a team spirit as strong as anyone. With this team, we can go anywhere – this is why we will stay number one, and we will prove it to every Irish and Hungarian that tries his luck at our home turf! 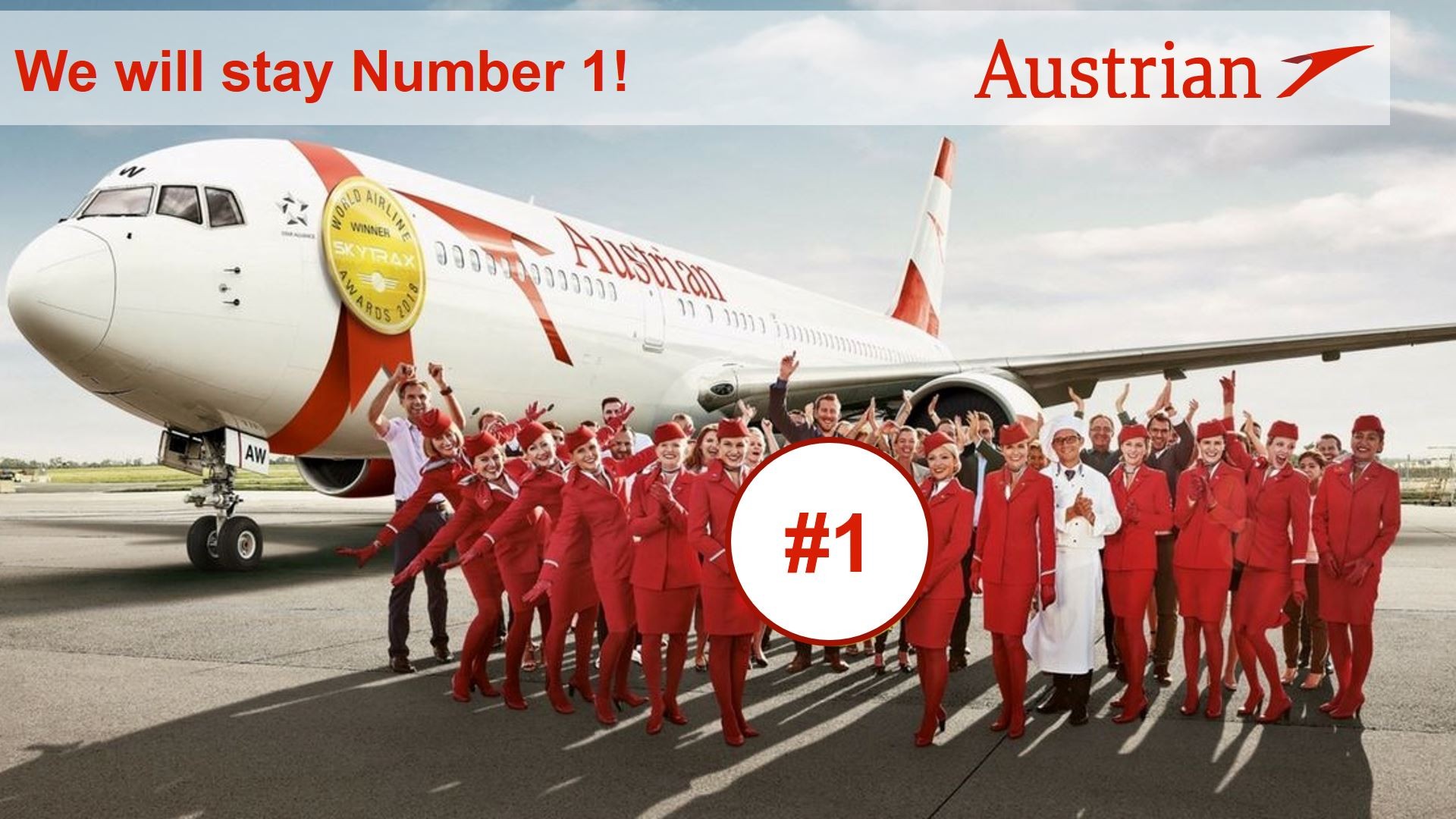