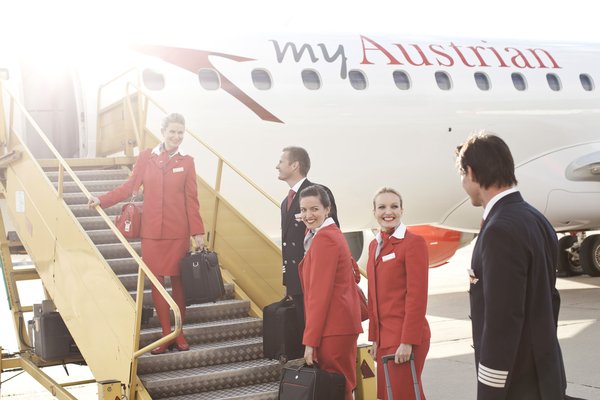 Yesterday afternoon, another Embraer aircraft took off on its initial flight OS 515 from Vienna to Milan. The Embraer featuring the registration number OE-LWC is already the eleventh of a total of 17 of this type of aircraft which Austrian Airlines will integrate into its fleet by the end of 2017, thus successively replacing 21 Fokker jets. The Embraer jet will be deployed on short- and medium-haul routes in Central and Eastern Europe, thereby flying to more than 60 European airports, from Sweden to Greece and from Russia to Great Britain. Since the first Austrian Embraer was taken into operation in January 2016, more than one million passengers have already flown with the Embraer fleet.