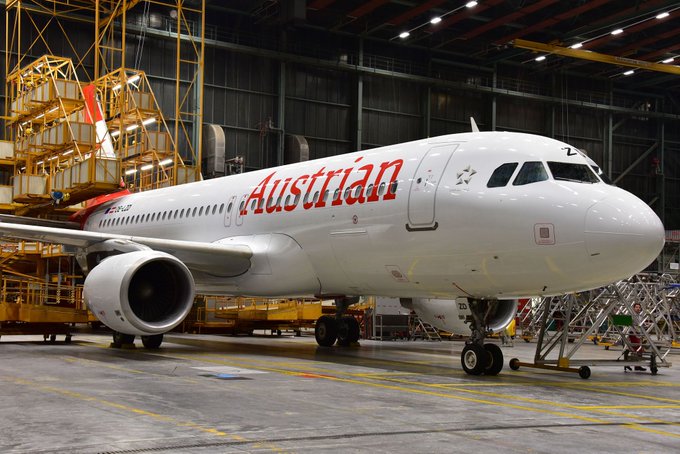 After more than two years of pandemic and a partial complete shutdown of aviation, Austrian Airlines is back on course. In the summer peak weeks, the flag carrier is already offering almost 87% of the pre-crisis capacity again, yet over the entire first half of 2022 the offer was still well below 2019 (68%). At 4.2 million, Austrian Airlines transported almost four times as many passengers in the first half of 2022 as in 2021. The positive booking trend is reflected in the result for the second quarter (EUR 2 million). However, due to the weak first quarter and a massive increase in kerosene expenditure, earnings before interest and taxes (Adjusted EBIT) in the first half of the year remain still negative (EUR -106 million), but show a significant improvement compared to 2021 (EUR -198 million euros).

“Thanks to full summer flights, Austrian Airlines is clearly on the rise again. However, the ongoing pandemic, massive increases in fuel costs and economic uncertainties continue to challenge us”, says CEO Annette Mann. And further: “We have now repaid one-third of the government-backed loan, have ended short-time work for everyone and completed the company’s restructuring. Our Austrian team and our new employees are ‘ready to fly’. In spite of numerous external challenges, we show that we are well positioned this summer.”

The results in detail

At EUR 502 million, total revenues in the second quarter of 2022 were almost four times as high as in the same quarter of the previous year (Q2 2021: EUR 136 million). Total expenses roughly doubled in the second quarter due to increased production, but also due to high fuel costs, and amounted to EUR 500 million (Q2 2021: EUR 230 million). The strong increase in passengers and high bookings for the summer months is reflected in slightly positive earnings before interest and taxes (Adjusted EBIT) of EUR 2 million – a significant improvement on the negative result in the previous year (Q2 2021: EUR -94 million).

Challenges in returning to normal operations

In the first half of the year, short-time work was ended for all Austrian Airlines employees. The flag carrier started recruiting cabin crew members again in spring. “Foresighted personnel planning and the effective instrument of short-time work are currently the decisive factors for Austrian Airlines being able to stick to its summer flight schedule and not having to make large-scale cuts like other airlines in Europe. Almost 99% of all planned Austrian flights took off in the first half of 2022,” explains COO Francesco Sciortino.

However, external factors such as the persistently tense corona situation, staff shortages at numerous airports and air traffic controllers as well as strikes or weather events can affect the flight schedule at any time and present Austrian Airlines staff with a challenging situation that requires a high level of commitment and flexibility. “We are proud of our team, who gives everything every day to keep the level of service as high as possible and to fly our guests as carefree as possible. We are assuming that our partners’ personnel bottlenecks will be solved by next year and that we will be able to offer the usual service at any time again”, concludes Francesco Sciortino.

Outlook for the rest of the year

Austrian Airlines’ liquidity remains consistently high. At the end of the first half of 2022, the flag carrier repaid a further planned instalment of the government-backed loan of EUR 30 million euros – thus a third of the total loan of EUR 300 million has been paid off. In the summer peak, holiday flights to some European Mediterranean destinations are more than 90 percent full. The offer to continental holiday destinations is currently even 20 percent higher than in 2019. Austrian Airlines’ production is approaching pre-pandemic levels with currently 87 percent of 2019. “Our guests are flying more, but also more sustainably. Since the option for CO2-neutral flying was integrated directly into the Austrian online booking process, almost one out of ten passengers has supported sustainable fuel or climate protection projects. The question is not if we fly, but how we fly”, says CCO Michael Trestl.

The demand in flights remains high. Trestl: “This winter, we start our tourist long-haul routes to the south earlier than in previous years. We offer a colourful variety of destinations during the cold season: This year, for the first time, Austrian Airlines flies to the northern lights in Tromsø and again to sunny Marrakesh, and also serves Keflavik, Florence, Valencia and Naples in winter!”

Nevertheless, volatile corona infection numbers and rising fuel costs pose challenges for aviation in the further course of the year. The return of business travel and passenger flows towards Asia, which are also being affected by the circumnavigation of the Ukrainian and Russian airspace, remains hesitant.

Overview of key facts and figures: 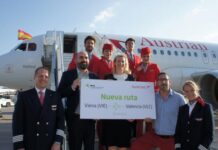