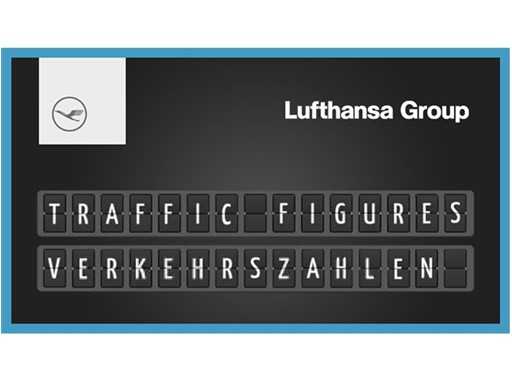 The airlines of the Lufthansa Group welcomed around 12.5 million passengers in August 2017. This shows an increase of 17.4% compared to the previous year’s month. The available seat kilometres were up 12.4% over the previous year, at the same time, sales increased by 14%. The seat load factor improved accordingly, rising 1.2 percentage points compared to August 2016 to 85.8%.

The currency adjusted pricing environment in August was again positive.

Cargo capacity increased 2.3% year-on-year, while cargo sales were up 9.8% in revenue tonne-kilometre terms. As a result, the Cargo load factor showed a corresponding improvement, rising 4.5 percentage points in the month to 66.4%.

The Network Airlines Lufthansa German Airlines, SWISS and Austrian Airlines carried 9.2 million passengers in August, 4.8% more than in the prior-year period. Compared to the previous year, the available seat-kilometres increased by 2.4% in August although the number of flights stayed the same. The sales volume was up 4% over the same period, raising seat load factor by 1.4 percentage points to 85.8%.

Lufthansa German Airlines transported 6.1 million passengers in August, a 3.9% increase compared to the same month last year. A 1.2% increase in seat kilometers in August was a 3.4% increase in sales. Furthermore, the seat load factor was up to 85.8%, therefore 1.8 percentage points above the prior-year’s level.

The Lufthansa Group’s Point-to-Point Airlines – Eurowings (including Germanwings) and Brussels Airlines – carried around 3.3 million passengers in August. Among this total, 3.1 million passengers were on short-haul flights and 260,000 flew long-haul. This amounts to an increase of 75.7% in comparison to the previous year. August capacity was 108.4% above its prior-year level, while its sales volume was up 108%, resulting in a nearly equal seat load factor which was 0.1 percentage points lower.

On short-haul services the Point-to-Point Airlines raised capacity 66.1% and increased sales volume by 67.2%, resulting in a 0.5 percentage points increase in seat load factor, compared to August 2016. The seat load factor for the long-haul services decreased 8.8 percentage points to 87.9% during the same period, following a 385.4% increase in capacity and a 341.2% rise in sales volume, compared to the previous year. The number of passengers on long haul flights of the Point-to-Point airlines in August was around four times higher than one year before.