On 14 June 2019, Polish private channel Polsat, via their news programme “Wydarzenia” (“Events”), published an incredible story, which happened in November 2018.

An amount of PLN 2.6 million (USD 685,000 at the time of writing) was stolen by fraudsters. This has been made possible with a counterfeit invoice and an amended account number. The money was sent to a bank account in Cyprus and then immediately transferred to an Asian country, says Wydarzenia.

The whole story happened in November 2018, with a counterfeit invoice containing actual PLL LOT data, which was received by a LOT employee. This payment was supposed to be an instalment for new LOT aircraft. Apparently, the procedures were not correctly implemented by LOT employees. 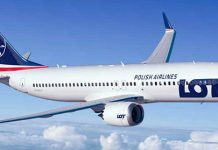