On 14 February, passengers on Lion Air flight JT293 had an unexpected visitor on board when suddenly a scorpion appeared from the overhead compartments. Passenger Karim Taslim was able to take some pictures and a movie (see below).

The aircraft, a Boeing 737-800 (PK-LPK) was operating flight JT293 between Pekanbaru and Jakarta. A female passenger opened a compartment to take her hand luggage, then the scorpion showed up. On the incident, Karim Taslin commented: “The scorpion showed up just above my head, we wanted to leave the aircraft as soon as possible! When the flight crew came to look, the scorpion already crawled back into the ceiling.”

How the scorpion ended up inside the aircraft is still unclear, according to the airline the aircraft was disinfected only last week. 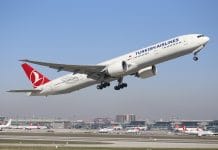 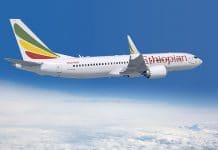