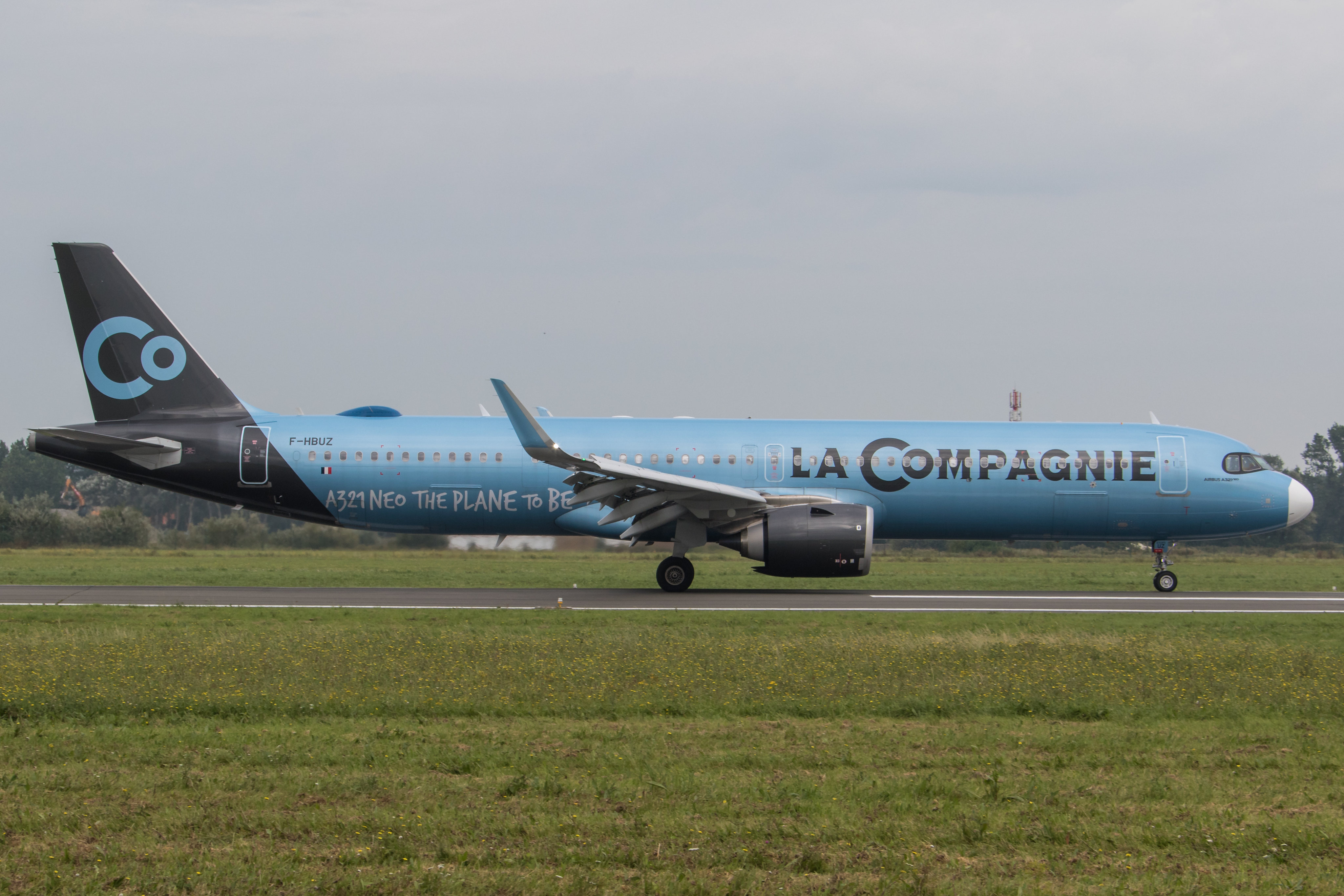 The arrival of the stars of the French football team PSG, playing tonight against Belgian team Club Brugge in the UEFA Champions League, has caused quite a stir among the many fans of Messi, Neymar and the rest of the star team as yesterday they were anxiously awaiting the team at Ostend-Bruges Airport, Belgium.

The very short hop between Paris Le Bourget and Ostend causes some frustration among environmental activists and environmental advocates: yesterday the Airbus A321 (registered F-HBUZ), a luxury aircraft of La Compagnie, was first ferried from Paris Orly to close-by Le Bourget (22 minutes), followed by a short hop to Belgium (37 minutes).

Last year, Greenpeace requested the European Commission to ban all short-haul traffic and earlier this year France abolished all short-haul domestic flights (in the event of alternatives taking less than 2.5 hours).

Personally I think that the star players would have survived the 4 hour trip on the luxurious coach or alternatively with a high-speed train.