Kenya Airways’ inaugural flight to United States has arrived at the John F. Kennedy International Airport after leaving the capital Nairobi on Sunday just before midnight.

KQ002 touched down in New York on Monday.

The long-awaited @KenyaAirways direct flight from NRB to NYC has just touched the @JFKairport. A monumental moment for #MagicalKenya as it becomes the 1st East Africa Country to have a direct non-stop flight to NYC. #NYC2Nairobi #ComeLivetheMagic #KQNBONYC #KQDirectFlight pic.twitter.com/qN9SWJUgRh

Dinner in NY, breakfast in NRB. The KQ direct flight will enable travelers to taste the authentic and diverse experiences Kenya has to offer. #NYC2Nairobi #ComeLivetheMagic #MagicalKenya #KQDirectFlight pic.twitter.com/LG1x6br9Q9

Kenyan President Uhuru Kenyatta and some government officials were at the Jomo Kenyatta International airport where a flagging off ceremony was held for the Boeing 787-8 Dreamliner before it departed. 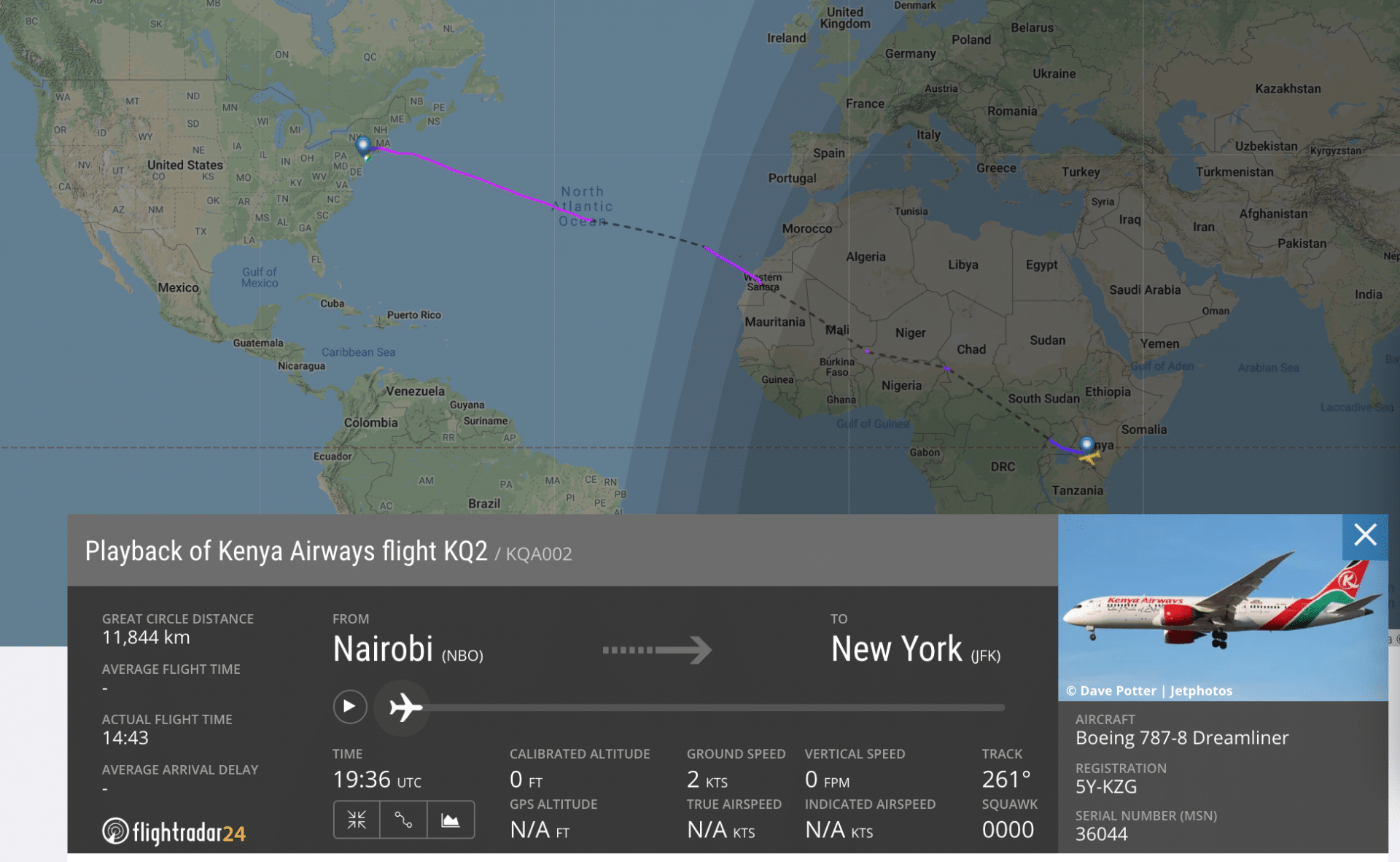 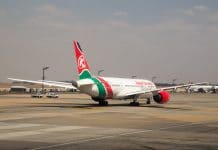