Less than a month after the closure of LEVEL Europe based in Vienna, LEVEL France, based in Paris Orly, announced Wednesday that it was preparing to cease its activity and to implement a social plan due to the impact of the coronavirus crisis.

Unlike LEVEL Europe, which slipped into administration, it appears that the IAG Group is pre-emptively winding down LEVEL France. According to Spanish newspaper El Pais, IAG management has made the decision to close the loss-making Paris base in the coming weeks. A consultation with the unions is due to begin on 15 July.

LEVEL France provides service to New York Newark, Montreal and the French West Indies with 3 Airbus A330-200 aircraft. It was formerly known as OpenSkies, a British Airways subsidiary. 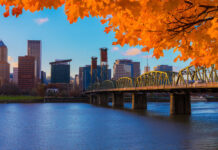 Iberia and LEVEL to access 37 routes on the U.S. West Coast under a new codesharing agreement with Alaska Airlines