As official airline provider to Team GB and ParalympicsGB British Airways is inviting the public to choose the name of the official aircraft bringing the athletes home from the Rio 2016 Olympic and Paralympic Games this summer.

The special charter flight will feature a commemorative gold-nose and has been given the flight number ‘BA2016’ to mark the occasion.

The public can cast their vote on Twitter @british_airways, between August 1-7. from the following shortlisted names, put forward by the athletes and British Airways staff;

The name ‘Gold Force One’ was put forward by Team GB, ‘Mission Accomplished’ by ParalympicsGB, ‘Golden Hauls’ by British Airways staff and ‘VictoRIOus’ was a joint name chosen by all parties.

The winning name will be announced on August 16 when the aircraft is unveiled with its shiny new nose and name.

“It’s extremely fitting that athletes from Team GB and ParalympicsGB, along with British Airways staff have put forward their favourite names for the fans to choose. The names capture the uniquely British sense of humour, yet recognise the great pride we have for our sporting heroes.”

The airline has a long history of naming aircraft for special sporting occasions. In 2008, the aircraft bringing athletes home from the Beijing Olympic and Paralympic Games was named ‘Pride’. In 2009 the aircraft taking the British and Irish Lions to South Africa was named ‘Air Force Scrum’, and in 2003 an aircraft was named ‘Sweet Chariot’ for the England squad flying to the Rugby World Cup. 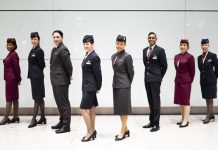 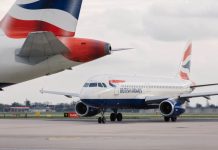