On 14 June 2019, Swiss airline Helvetic Airways said goodbye to its legendary Fokker 100, after a tour over Switzerland and a flight to Bratislava. Helvetic was flying this type of aircraft since 2003.

It is the end of an era for the Swiss airline; it has been announced more than 9 days ago via Facebook.

The final 56 minutes flight, 2L100 / OAW100, was operated this morning by the last Fokker F100 in service for Helvetic, HB-JVG, with the press on board. The aircraft got a water salute after landing.

The aircraft has been ferried later to Bratislava, Slovakia, and joined HB-JVF, which flew yesterday to Bratislava as well. These 2 aircraft were used as operational reserve since early June.

Helvetic was operating the Fokker 100 since November 2003, when the airline was launched with its distinctive lollipop livery:

ZRH ¦ How it all began 2/2
What looked like a real flight was in fact a ground test, simulating a one hour flight with passengers and full service. Photo one: inside, photo two: at the same time outside, firmly parked on Delta Five, ZRH 27 November 2003. pic.twitter.com/QdfctOtxbw

Helvetic Airways has still 12 Embraer E2-190s on order, and the first one (to be registered HB-AZA) is expected in autumn, said the airline.

Some of aviation24.be members pictures : 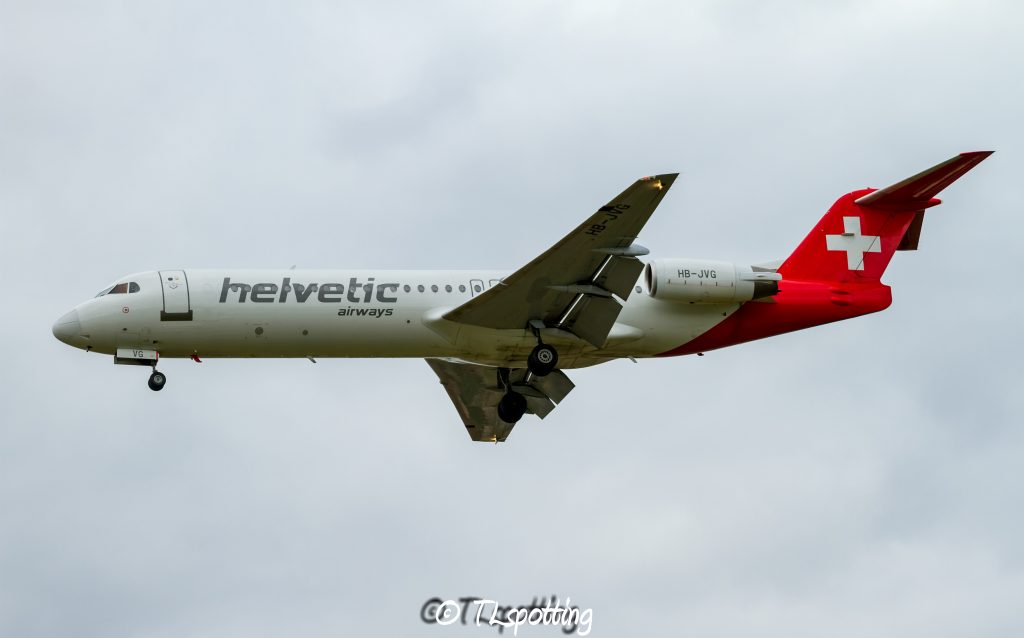 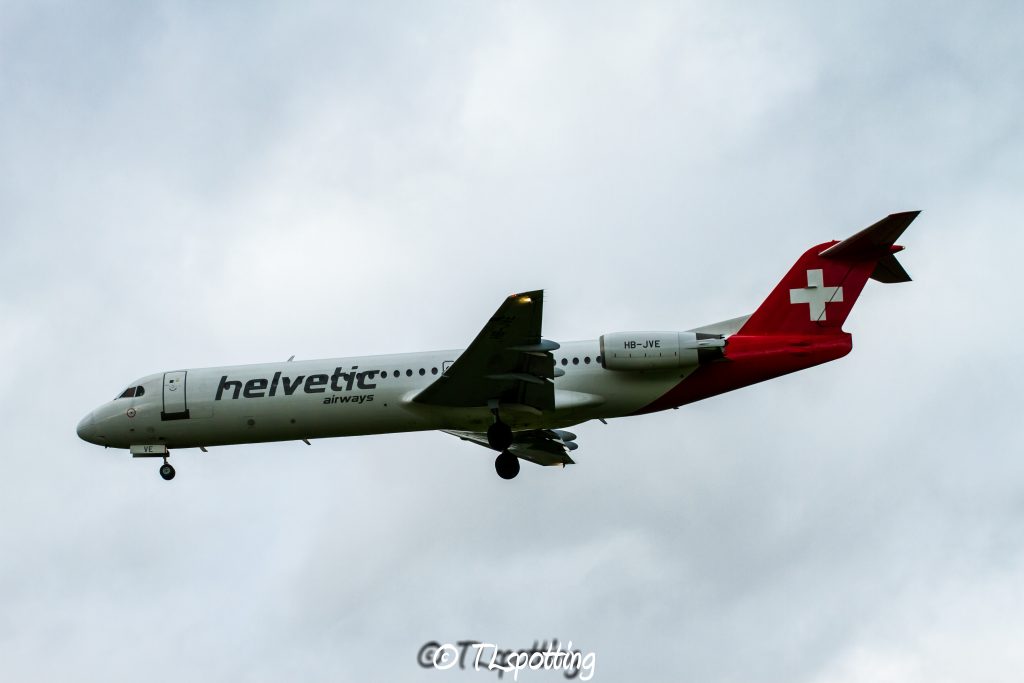 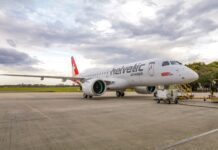