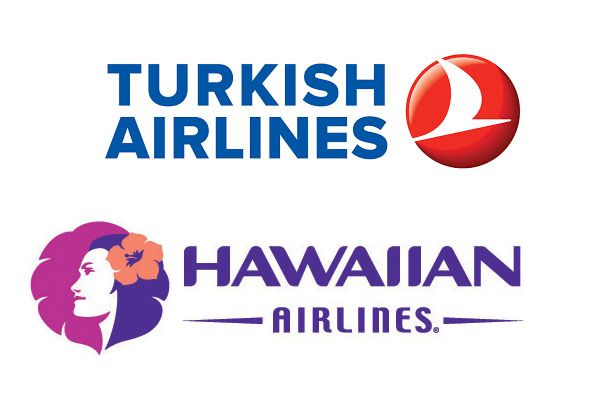 The agreement allows Turkish Airlines to put its “TK” booking code on Hawaiian’s daily flights between Osaka, Japan and Honolulu and HA’s five-times weekly service between Honolulu and Seoul, Korea.

The announcement was made by TK and HA representatives with a ceremony in San Francisco, USA. Ilker Aycı, Chairman of Turkish Airlines has been accompanied by Dr. Ahmet Bolat, Turkish Airlines’ Chief Investment & Technology Officer and Ahmet Olmuştur, Chief Marketing Officer who expressed their satisfaction of that enhanced cooperation between both airlines.

Mr. Aycı stated that “As Turkish Airlines, we are extremely pleased to sign this codeshare agreement with Hawaiian Airlines, which will improve our partnership to maximize the travel opportunities offered to our passengers through the networks of both airlines.”

“We look forward to introducing more Turkish Airlines customers to our authentic Hawaiian hospitality, award-winning on-time performance and quality of service on their journey from Istanbul to our island home,” said Mark Dunkerley, Hawaiian Airlines’ CEO and President.

Flights will be available for purchase following the necessary approvals from the respective countries’ civil aviation authorities. Turkish and Hawaiian are also considering an extension of their codeshare agreement to include each carrier’s flights from New York’s John F. Kennedy Airport (JFK).