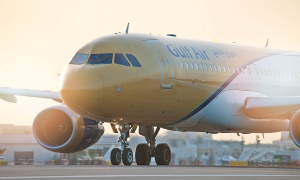 The Board of Directors of Gulf Air, the national carrier of the Kingdom of Bahrain, have today accepted the resignation of the airline’s Chief Executive Officer Mr. Maher Salman Al Musallam.

H.E. Mr. Zayed Bin Rashid Alzayani, Chairman of Gulf Air’s Board of Directors said: “On behalf of Gulf Air’s Board of Directors and the airline’s executive management team and workforce, I extend my sincerest thanks to Mr Al Musallam for his invaluable contributions and achievements delivered during his tenure with the airline. We wish him all the best in his future endeavors.”

Gulf Air announced the appointment of its new Board of Directors on 14th May 2017.

Zurich Airport prepares for Air Force One and President Trump, who will visit Davos, Switzerland