The new route takes passengers right into the heart of London.

Commuters from the north-east of England can now reach the heart of London and its transport connections with ease, following the official launch of double-daily direct air service to London City Airport from Newcastle with Flybe.

This gives Newcastle Airport a second and faster, more convenient London travel option for those heading to the City or Central London.

With business-focused morning and evening departures at 08:05 and 17.50, returning at 09:45 and 19.30 on weekdays, and a single Sunday evening service, the time saving compared to rail or road will meet the needs of many north-east commuters.

This is achievable by arriving into London City Airport, which is the only London airport conveniently located close to the heart of the capital.

“We are very pleased to launch this new direct central London air service on behalf of Flybe, adding to their expanding London City network and to the Aberdeen – London City service we already operate.

“We believe it’s vital for major UK cities to have direct fast convenient air links between the regions and City of London. This route provides a direct link for our customers from Newcastle and the north east region, from where they can quickly access Canary Wharf, the City of London and the underground network with ease, helping business and leisure travellers alike.”

“Journeys between the north east and central London are now easier and faster than ever, thanks to the new service operated by Eastern Airways. The convenience of London City Airport, just a few miles from major attractions and business districts, will appeal to all types of traveller, and we’re thrilled that the first service has touched down.

“As the ninth domestic route to join our route network, as part of existing Aberdeen operations, London City continues to ensure the UK regions are connected straight into capital, and vice versa.”

Flights are now on sale up to winter 2019. Fares start from £79.99 one way, inclusive of taxes and charges, and are bookable at flybe.com

Onboard Eastern Airways operated flights, passengers are offered a full range of complimentary hot and cold drinks, including bar service and snacks. Fast track security is offered to all Eastern Airways customers travelling through Newcastle Airport into the departures lounge. Regular customers can also benefit from discounted route passes offering savings of up to 35%. 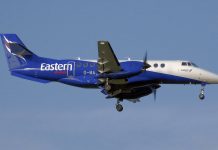 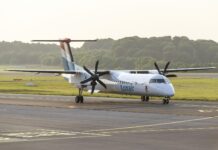 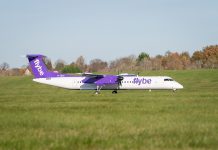 Flybe announces new flights to the Isle of Man