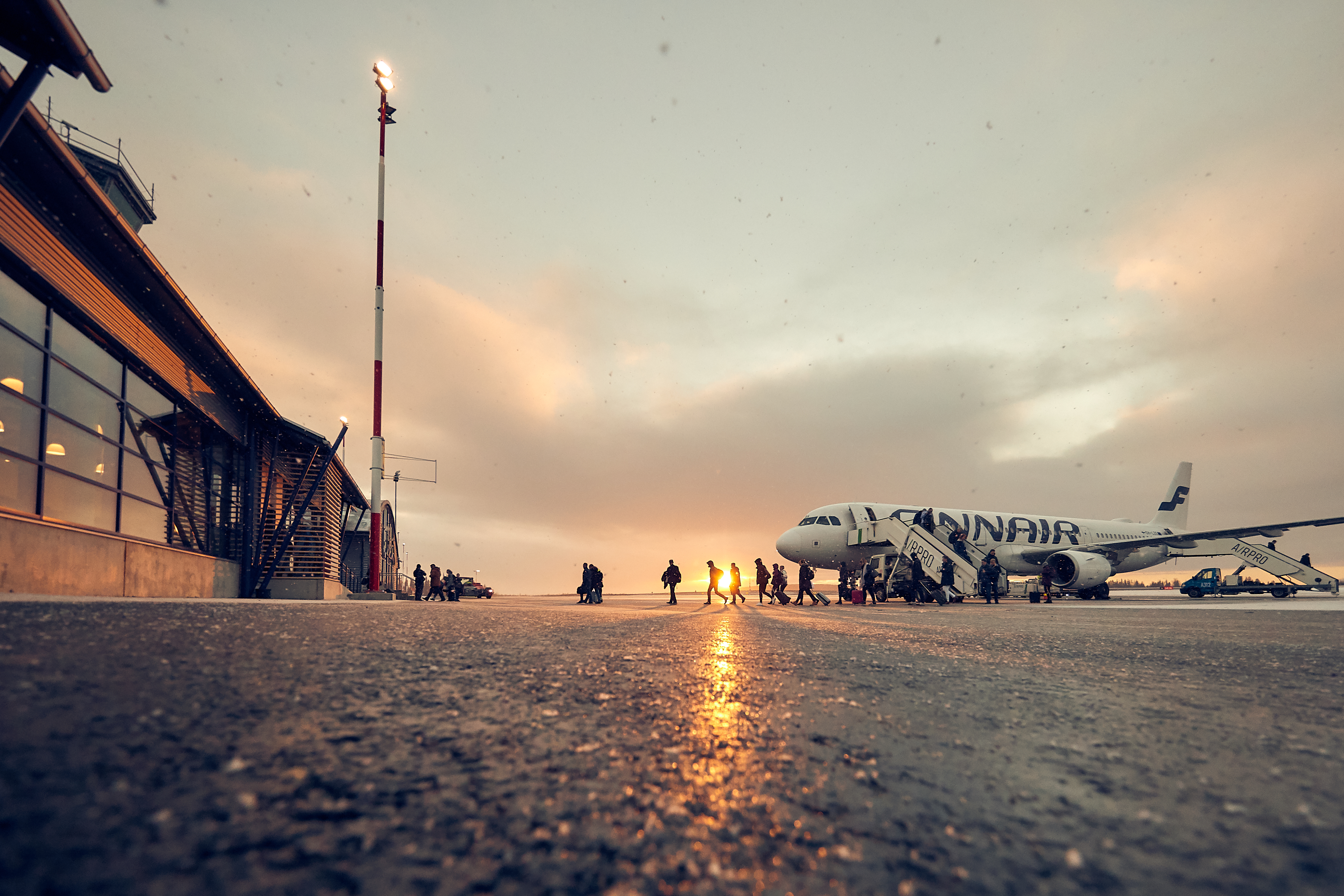 Last year, Finavia, the state-owned company that runs all of Finland’s 21 airports, commissioned Fourkind, a hands-on advisory company and Reaktor, a global hybrid agency, to take a closer look at the small airport of Kittilä in Lapland. The sight there was becoming alarmingly similar to major airports like Heathrow or JFK: recurring delays with overcrowded departure gates and tired, disgruntled passengers.

Struggling to match the volatile needs of Lapland’s booming tourism –– the number of visitors grows exponentially in the winter months as tourists flock to catch a glimpse of Santa Claus and the Northern Lights –– the humble-sized airport was spread thin trying to fit a higher-than-normal amount of planes to only 12 parking lots, while also securing enough airport buses and drivers to transport people between gates and planes. With frequent scheduling interruptions and unpredictable weather, the delay-causing puzzle was hard to crack.

“Adding more resources would not make any sense since, outside the holiday season, the airport only receives one or two flights a day,” explains Henri Lehtonen, project lead from Finavia. Instead, the three companies, Finavia, Fourkind and Reaktor, came up with a system for optimising the parking of planes.

The first-of-its-kind automated parking plan informs all airport operations, from deciding bus routes to allocating check-in counters to giving landing permissions. With data science at its very core, the system builds a mathematically perfect plan in mere seconds based on all available flight data, while also taking into consideration set rules and preferences, such as assigning non-Schengen planes to gates closest to the passport control.

“We learned that by formulating all objectives and restrictions related to the aircraft parking problem mathematically, we can find the unique best parking plan among the billions and billions of alternatives very efficiently by utilising a tailored optimization algorithm. There is a lot of uncertainty related to the airport operations but predictive modelling is the correct way to incorporate that into the optimisation process,” says Maria Pusa from Fourkind.

The results for the new system are impressive: Piloted during a holiday traffic peak in December 2018, the system was able to slash the number of airport-related flight delays by 61% and the average time of delays by 66%, improving the holidays of 124,000 passengers and saving an estimated 500,000 euros in one month. Moreover, it enhanced collaboration between Finavia’s expert teams and lowered local CO2 emissions, as the system cut down the likelihood of a plane having to circle Kittilä before a parking space became available.

“The system brings a great deal of efficiency and robustness to Kittilä‘s operations. When the conditions change unexpectedly and render the current plan redundant, you can simply produce a new one with a click of a button,” Lehtonen explains.

“To realise the model’s full potential, we designed a tool which truly complements the flight control experts’ daily work. At a small airport like Kittilä, the stand allocation happens from a car on the airfield, meaning the tool needed to be custom designed for fully portable work. By visualising the optimized plan for the day, yet still providing the tools for reacting to changes and making manual overrides, the flight control experts are free to focus on making sure everything runs smoothly during the busy holiday seasons,” says Edward Landtman from Reaktor.

The numbers are about to get even more impressive this year. Encouraged by Kittilä’s sudden improvement, the company is taking the innovation to Ivalo and Rovaniemi in Lapland as well as to their crown jewel, Helsinki-Vantaa – an airport that serves over 20 million passengers each year. Visitors to Finland’s airports will soon find themselves relaxed and at ease: flying smarter means fewer emissions, lower costs, and less waiting.