An EVA Air Boeing 777-300 registered B-16718, operating flight #BR35 Toronto – Taipei, struck a pole when taxiing out the de-icing area in darkness (at around 01:00 Local Time on Saturday 2 December 2017) at Toronto Pearson International Airport (YYZ, CYYZ).

The right wing has been severely damaged. All 400 people on board were unhurt but forced to evacuate.

Following a police investigation, Peel police said pilots were told that they were not oriented correctly on the runway, possibly resulting in the crash.

Flights were cancelled, stranding passengers at Pearson for the rest of the morning.

Fire services responded to the scene, aiding in the evacuation process, and busses were offered to help unload passengers and send them back to Pearson for shelter. 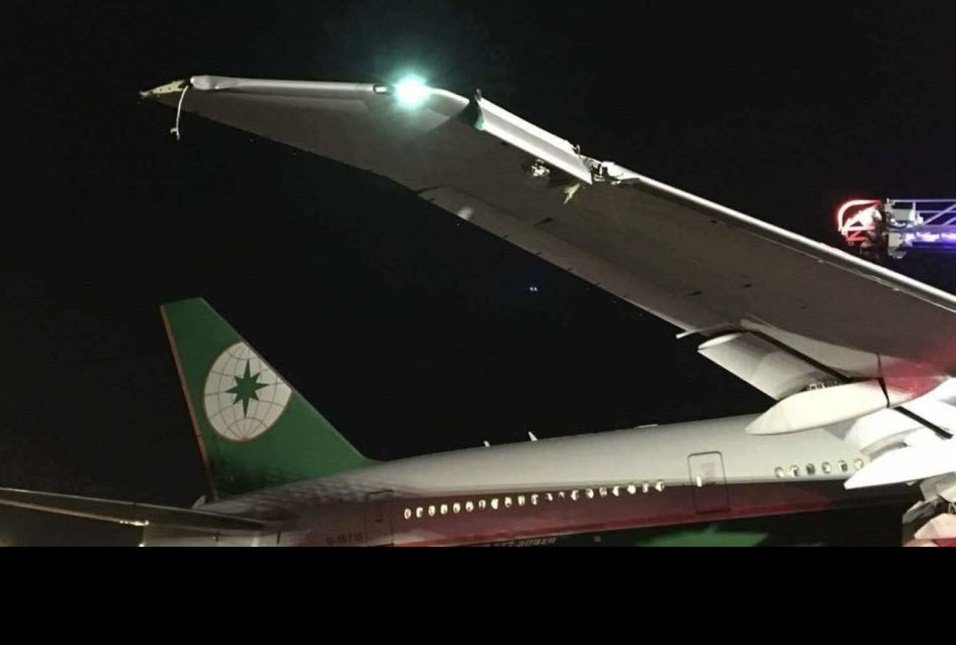 Source: JACDEC and The Star