DUBAI, U.A.E., 2 March 2015: Emirates, a global connector of people and places today announced that it will launch a new daily service to the island of Bali in Indonesia, from 3rd June 2015.
One of the most popular islands in Indonesia with spectacular mountains and picturesque beaches, Bali is a leading tourist destination which welcomed more than 3.7 million foreign tourist arrivals in 2014. Emirates’ new service will add to Bali’s global connectivity, further stimulating the island’s economic and tourism growth. 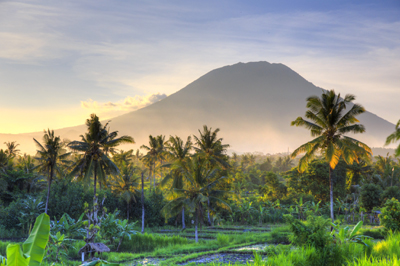 Bali will be Emirates’ 148th global destination, adding to the airline’s route network in the Asia Pacific region which currently spans 23 destinations in 13 countries. The non-stop service between Dubai and Bali will be operated by a Boeing 777-300ER aircraft in a two-class configuration. 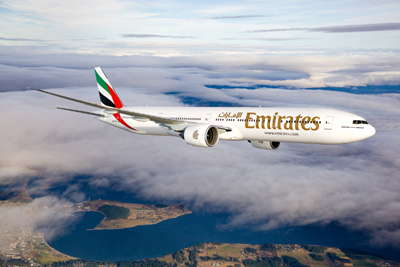 “Bali is a significantly important market for Emirates. There is high interest in Bali from across our network, specifically in the leisure segment. We are pleased to be able to offer the Emirates product on a daily basis, connecting passengers in Bali to Dubai and to more than 80 destinations in Europe, the Middle East, Africa and the Americas, via one convenient stop in Dubai.” said Thierry Antinori, Executive Vice President and Chief Commercial Officer, Emirates airline.
“The new service will greatly increase convenience, choice, and consistency of travel experience for consumers who currently have to travel via multiple stops, or via other points in Indonesia to reach Bali.”
Emirates’ new daily flight to Bali will depart Dubai as EK398 at 0820hrs* and arrive at Bali’s Denpasar International Airport at 2140hrs* the same day. The return flight, EK399, will depart at 2340hrs* and arrive at Dubai International Airport at 0500* the next day.
Throughout all cabin classes, passengers can enjoy more than 2,000 channels of entertainment on demand on ice, the airline’s award-winning in-flight entertainment system.

Emirates commenced services to Indonesia in 1992 with three flights per week via Singapore and Colombo, and since March 2013, the airline has been operating three non-stop flights daily from Jakarta to Dubai with a Boeing 777 aircraft.