Boutros Boutros, Divisional Senior Vice President of Corporate Communications, Marketing and Brand for Emirates said: “Technology impacts our lives in different ways, and this year we wanted to meaningfully connect with visitors in an immersive manner at the Emirates Airline Festival of Literature. We wanted to make sure that our activations are cutting – edge so we partnered with Google for some of the latest virtual reality innovations to showcase the breadth of our destination network and onboard product. We also wanted to extend the successful partnership we had with Google last year by continuing to celebrate books, and have introduced a ‘reading lounge’ for visitors to relax and explore some of the world’s most popular English and Arabic titles through the Google Play Books Store.”

Tarek Abdalla, Head of Marketing for Google Middle East and North Africa, said: “Google in MENA has always been dedicated to helping promote and preserve local Arabic content on the web and empowering internet users with knowledge. Whether it was through the Google Play store or through Virtual Reality technologies like Tilt Brush and DayDream, we hope we can make Arabic literature more accessible and enjoyable than ever.”

Emirates is partnering with Google to feature Google Tilt Brush, a virtual reality tool that allows users to paint, draw and even sculpt in a 3D space. Specially commissioned artists and Emirates Cabin Crew recreate famous landmarks through three-dimensional strokes in some of Emirates’ most popular destinations on a large screen for visitors to see. Visitors are also able to try the technology and draw their own life size paintings, using features that recreate stars, light and even fire. This is the first time that Google Tilt Brush will be showcased in the region to the public.

Emirates and Google are also offering visitors the chance to explore popular titles in English and Arabic at a specially designed reading lounge. Visitors will be able to flip through and read a vast selection of e-books in the Google Play Store on tablets. Last year, Emirates and Google collaborated to reach millions of smartphone users in the region, to support the UAE’s Year of Reading efforts to nurture an entire generation of lifelong readers in the region.

Emirates has been the title sponsor of the Emirates Airline Festival of Literature since its inception in 2009. The Festival is another channel of sponsorship which allows the airline to engage with its existing customers as well as offer an opportunity to support the growth of arts and creative industries in Dubai. 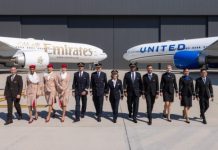 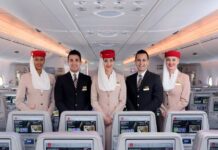 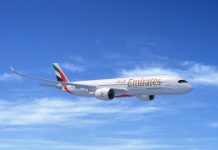