Emirates to Fly Flagship A380 to Doha 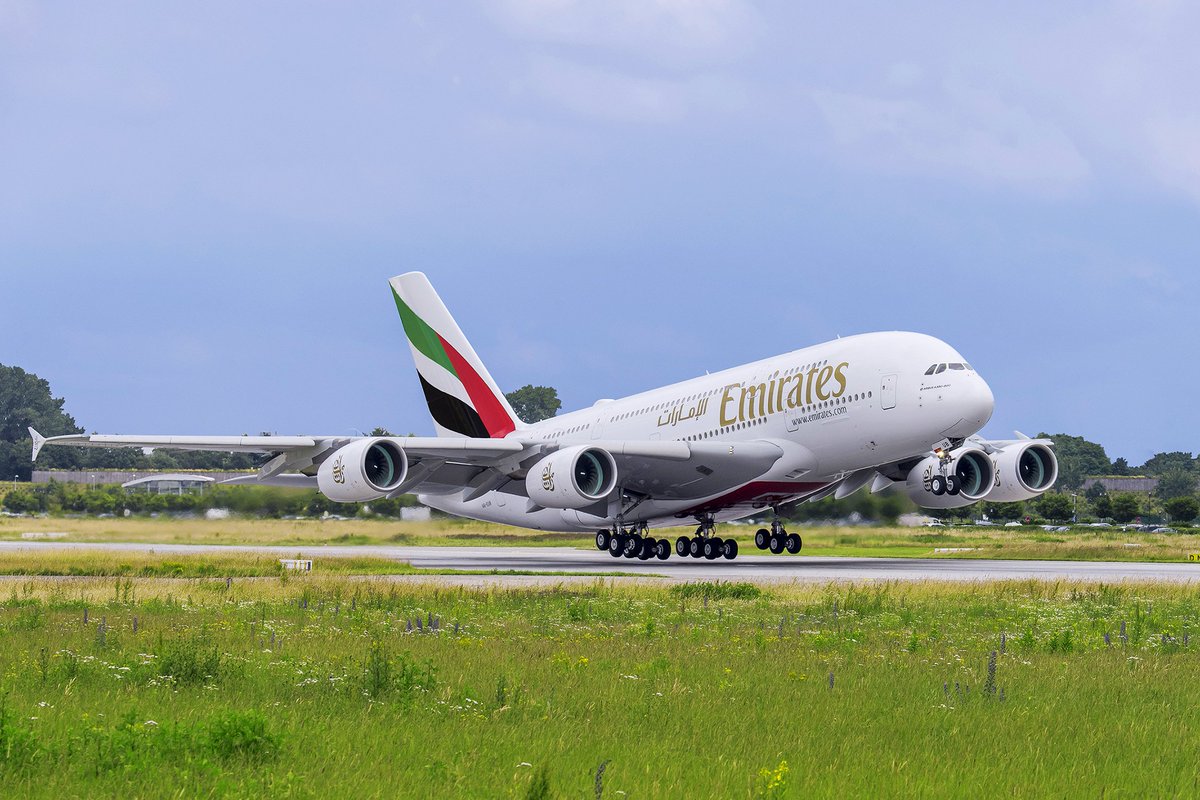 Emirates has announced today that it will be upgrading one of its nine daily flights between Dubai and Doha to an Airbus A380 from 1 December 2016.

Emirates recently boosted its services to Doha with two additional flights, taking its total operations to nine daily services and making it the most served destination in the airline’s network. Demand has been steadily increasing between Dubai and Doha, with over 700,000 passengers carried since January of this year alone.  Once launched, Doha will be Emirates’ 45th A380 destination to be served by the flagship aircraft. Doha will also become the world’s shortest scheduled A380 flight flying a distance of 379 kilometres each way.

The upgrade to the A380 will provide Emirates the increased ability to serve growing demand for travel out of Doha.  The double-decker has also proved tremendously popular with customers, and the upcoming service in December will give travellers from Qatar the chance to experience Emirates’ award-winning A380 onboard product and service to Dubai and seamless A380 journeys to some of Emirates most popular destinations. The deployment of the Emirates A380 operation was made possible through the support of the Qatari Authorities.

The Emirates A380 will be deployed as EK 841, which will depart Dubai at 0745hrs arriving in Doha at 0805hrs. The return flight, EK 842 will depart Doha at 0950hrs arriving in Dubai at 1200hrs. The timing of the A380 service will provide business and leisure travellers with an unrivalled A380 experience to Dubai as well as seamless connections of under four hours to some of the most popular onwards destinations serviced by the A380 including; New York, London Heathrow, Frankfurt, Manchester, Dusseldorf, Milan, Paris, Rome and Amsterdam.

The Emirates A380 that will be deployed to Doha  will be set in a three-class configuration, with 429 seats in Economy Class on the main deck, 76 flat-bed seats in Business Class and 14 First Class Private Suites on the upper deck, enabling Emirates to serve increased premium demand to and from Doha. Once the A380 reaches cruising altitude, passengers in First and Business Class can enjoy the Onboard Lounge where they can socialise, network and enjoy beverages, canapés and other special delicacies.

Emirates was named ‘World’s Best Airline 2016’ at the prestigious Skytrax World Airline Awards. It was also named as the airline with the ‘World’s Best Inflight Entertainment’ for the twelfth consecutive time at the awards. Passengers in all classes will be able to enjoy Emirates’ multi award-winning ‘ice’ Digital Widescreen entertainment system, offering over 2,500 channels of on-demand entertainment. The largest selection of programming in the industry includes TV shows, the latest films, games, podcasts and Live TV, including a robust selection of Arabic programming to suit all tastes. Passengers can also access their favourite social networks and stay in touch with friends and family with free Wi-Fi on board all A380 flights.

The increase in capacity between Dubai and Doha will help to grow trade inroads between the UAE and Qatar. The UAE is Qatar’s fifth largest trading partner with bilateral trade volumes reaching over USD $7 billion in 2015. These volumes will grow as more investment opportunities open up in the next few years as Dubai sets to host Expo 2020 in addition to Doha hosting the World Cup in 2022.

Emirates currently has 85 A380s in service and 57 pending delivery, more than any other airline globally. Starting today, customers can take advantage of special A380 Economy Class fares from Doha for QAR 385; Bangkok from QAR 1,915; London Heathrow from QAR 2,085; and Los Angeles from QAR 3,415.