At 19:10 this Sunday, all operations have been restored at Menorca Airport, which had been partially affected when a false bomb alarm was received on easyJet flight EZY 8303 from London-Gatwick, operated by Airbus A319 registered G-EZAO.

It has been necessary to activate the emergency protocol when the alarm was detected, apparently, in a social network that corresponded to a group of young people travelling to the island for a celebration.

The plane landed at 16:44, barely half an hour late, in a delimited area of the Menorcan facility so that the Civil Guard, who awaited its arrival, could proceed to check all the passengers’ luggage, as well as the cabin and the hold of the aircraft.

@easyJet #a319 G-EZAO intercepted by Spanish Air Force on way to Menorca. passengers not being allowed to leave yet. @BigJetTVLIVE @BBCNews @SkyNews @SkyNewsBreak pic.twitter.com/MTWkQnU39x

The passengers of the plane descended one by one from the plane after the agents, accompanied by the dogs of the explosives unit, had checked the suitcases and the freight that was deposited on the ground in the remote parking area.

The passengers had to identify themselves and show their own suitcases before the Civil Guard terminated the control by verifying that it had been a false alarm.

In compliance with the same security protocol, according to images broadcast by some media, the plane has been escorted by an F-18 Spanish Air Force fighter jet after entering national airspace.

The activation of the alarm has caused a stir in the Menorcan terminal, although the operations have not been altered too much, except for another Ryanair flight to London, which has left almost two hours late, and of course the same plane from easyJet. 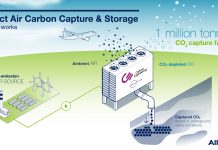